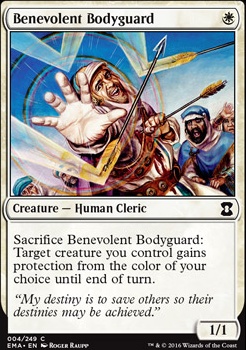 Sacrifice Benevolent Bodyguard: Target creature you control gains protection from the color of your choice until end of turn.

A Kobold and his very tired Guardian Angel
by TheCatHerder 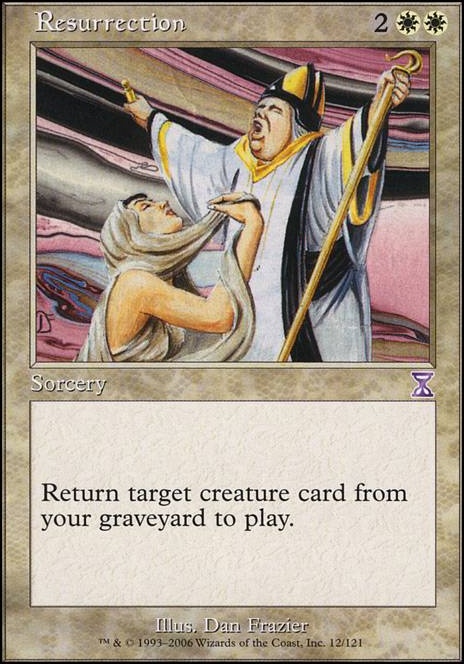 RambIe on An Afterlife Commander

I was thinking has access to a ton of humans that provide utility by sacrifice themselves
Some Examples:Cathar Commando,Priest of Fell Rites,General Kudro of Drannith,Plaguecrafter,Doomed Necromancer,Benevolent Bodyguard,Children of Korlis,Martyr of Sands,Bounty Agent,Garza's Assassin
There to many to list here but there is enough to continually feed Ramos and tormad engine creating 3/3 zombie tokens every turn while also keeping the board in check by recurring the utility

Benevolent Bodyguard isnât modern legal. Unless this is a casual or legacy format deck.

Love the description and I love Archangel Avacyn Â Flip as a card!

Also, I have noticed that there aren't too many ways of triggering Avacyn's flip effect. I do see that there is Selfless Spirit and you could do something with the tokens gained from Hanweir Garrison, but other than that I don't really see many non-Angel creatures dying.

There are a lot of self sacrifice cards that are red or white that can help you get that flip effect off, such as Generator Servant or Benevolent Bodyguard to name a few.

If you really don't care about getting Avacyn's effect off, then ignore this comment.

Heres my Voltron deck that does somewhat the same thing as this deck except it has more of a focus on equipping Avacyn and wrecking everything. Avacyn, the Commander