At the beginning of each player's postcombat main phase, that player gains for each of your opponents who lost life this turn. (Damage causes loss of life.) 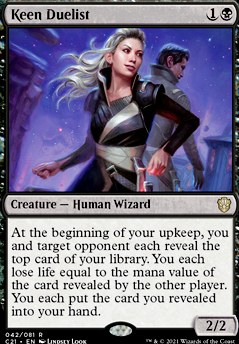 I love this! I had been planning a Sisay lore friendly deck for about three and a half months, but I never could decide whether I wanted to include cards like Yawgmoth, Thran Physician or Urza, Lord High Artificer which did get original border treatment and came out in the same set as Sisay; but to what extent does one involve the weatherlight crew when there were entire sets dedicated to their villains ( Crovax the Cursed, Volrath the Fallen, the Slivers as a whole on Rath and Dominaria, Tsabo Tavoc ) to what degree does flavor keep the deck from playable. Even now, remembering the lore, the Nine Titans, Eladamri, Lord of Leaves and Belbe, Corrupted Observer; all the prints of Squee alone! lol. There's just so much to go off of. So many strategies one could take and characters you could add.

To see a completed list, no matter how flavorful and thematic. It's a relief to see it doable.

There are just so many cards, and characters alone, from the sets, Weatherlight to Dominaria United, that are lore relevant to characters like Karn, or Gerrard. Urza alone got three sets to his name which include some of the largest staples in magic; some include later reference to the crew. Likewise with characters like Mangara who was in Mirage. It's just such an expansive story, I've got two one-subject notebooks literally just organizing cards specifically referenced in lore, story, literature, and trying to make a viable deck from it without using staples.

This delights me to no end! You've done the work and the deck looks great. If I ever manage to construct my deck list, would you be alright with me linking it here? Seeing you driven by the theme and flavor of the weatherlight is a touch inspiring.

I was going to try and in the 99 of my deck bring all the items to the Legacy Weapon which was largely constructed from Ramos, Dragon Engine and has nearly twelve cards alone just referencing the thing. Seeing this deck list, was really cool. Makes my day you could say.

Going to be focusing on building my Belbe, Corrupted Observer deck soon, and wanted any suggestions and cuts before I start ordering all the cards. I feel like I could use more draw effects in the deck but otherwise the deck runs well! I definitely appreciate taking at least a look at the deck!

Since you mentioned mana burn, there is of course Yurlok of Scorch Thrash. There are a lot of ways to abuse his ability with your own cards (I especially like Blinkmoth Urn and Belbe, Corrupted Observer with Yurlok). But there are a lot of cards that could be donated to add to his destructiveness. Braid of Fire and Black Market come to mind, but I know there's more stuff that forces you to add a ton of mana.

Also, my all-time favorite donate move is Illusions of Grandeur.

I forgot to add these on the list my bad.

Urza, Lord High Artificer Stax (also have a bunch of myr from a bundle I bougth I could use for more casual games).

yeaGO, I'm not sure what would be the easiest solution when it comes to fixing the 200+ Phyrexian tribal cards. Because now I come to you with some additional cards that don't have their exact types listed in the Fix Card tool creature subtype database.

I can keep bringing fixes for you one by one, but I think you'll get tired of my posts real quick.

FormOverFunction on Who to lead my Eldrazi â¦

Just a little bit of tangential thinking here, but what about Belbe, Corrupted Observer ? Youâd get the access to green that you want, and spells like Dry Spell would give you (in a four player game, as I usually would play) six colorless mana in your post-combat phase on something like turn three. Worthwhile? 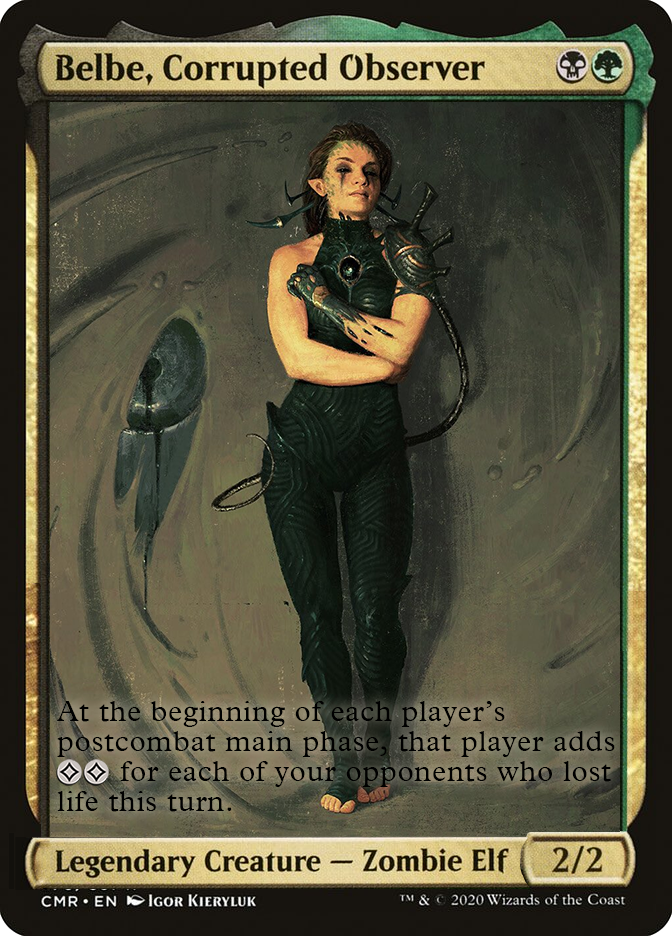 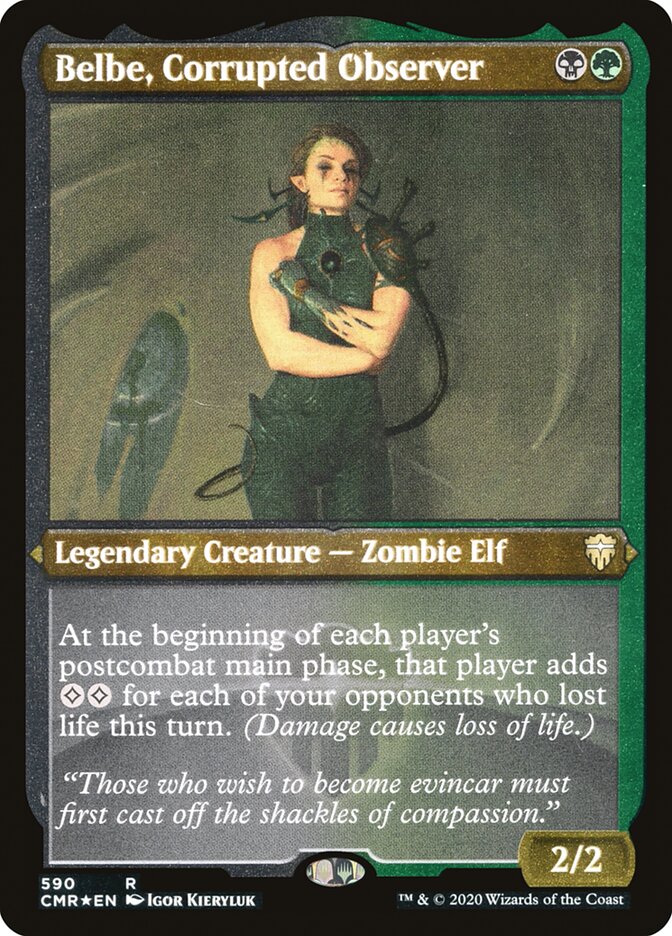