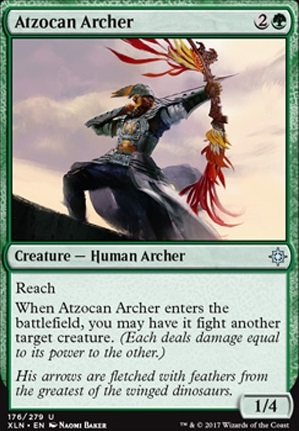 When Atzocan Archer enters the battlefield, you may have it fight another target creature. _(Each deals damage equal to its power to the other.) _ 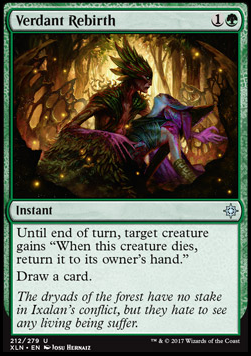 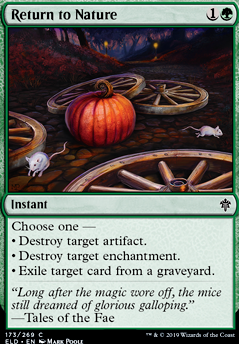 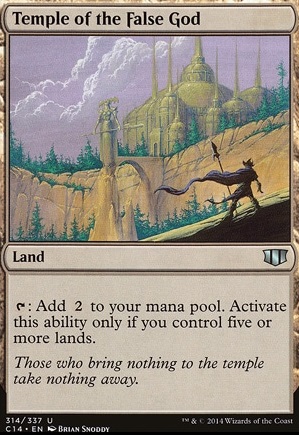 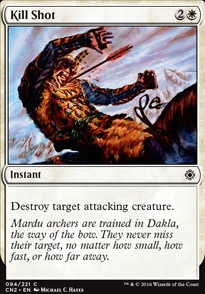 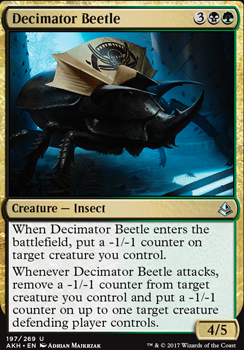 Yeah, I kind of lost my way here. Started out with Surge Mare and Atzocan Archer , who do not have defender in the deck. I also tried Arcades in place of Huatli. I suppose that I need to re-work this and re-focus.

Sorry, thought of a few more items. If you splash black, Poison-Tip Archer is a great anti-flyer measure. Incubation Druid has a lot more power mid game than Druid of the Cowl and might make a good sub, budget depending. Atzocan Archer in the sideboard against flying decks would be really helpful. Alternately, if your local opponents have large flyers, Kraul Harpooner works great in mid game (though he usually dies). Good luck!

And made the mana base quicker (and more painful).

Only thing that might be missing is some defence against flying or big creatures. Maybe a Atzocan Archer,Death-Hood Cobra or Turntimber Basilisk would be a nice addition?

Other than that, a Temple of Plenty could be of use.

Finally, an Elemental Bond is very nice for some card draw.