+1: Create a 2/3 blue and black Nightmare creature token with "Whenever this creature attacks or blocks, each opponent exiles the top two cards of their library."

-3: Return target nonland permanent to its owner's hand, then that player exiles a card form their hand.

-7: You may cast up to three face-up cards your opponents own from exile without paying their mana costs.

Bridge Of Destruction
by Bkotz 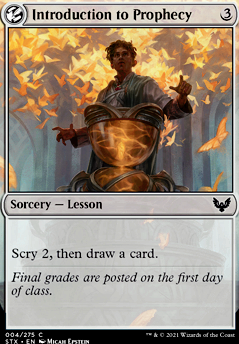 Yes let's assume you have Rings of Brighthearth and Oath of Teferi already in play. You cast and resolve Ashiok, Nightmare Muse .

This puts two activations on the stack, so you'll resolve and get 2x 2/3 tokens. Ashiok only gets +1 loyalty for the activation cost.

Then, Oath allows you a second activation. You may now activate it again for another +1, then copy it for another mana.

You'll end with FOUR 2/3 tokens and Ashiok at 7 total loyalty :)

Since while I may not advance 4x the loyalty counters, I can now pay 2 for each Planeswalker to copy for 4 times the abilities.

I've been working on an Atraxa list as well, I can offer some suggestions with my reasoning:

Ashiok, Nightmare Muse : You wouldn't think it, but those tokens exiling cards from the top 2 cards from your opponent's decks and bouncing a permanent while eating a card out of their hand has been strong. I rarely use her Ult but she is great for control.

Bioessence Hydra : He gets to be a big boy

Mastermind's Acquisition : probably my favorite card in black right now. It is super useful as a normal tutor but getting something out of your board is powerful. I sometimes put cards in my board that are good with the deck but have been dead draws at time to be able to add more control into the main deck. As well, you can use more situationally useful cards like the uncommon ashiok.

Tamiyo, Collector of Tales : I never use her +1 so she is super dependent on proliferate. However her passive and negative are invaluable, it lets you get spells back to re-use as well as your walkers.

Lithoform Engine is another good card, I see the point of multi turn use of Rings, but being able to duplicate spells is pretty strong.

Kaya the Inexorable : Atraxa tends to die a lot if people know that she shouldn't stick, Kaya helps to keep her coming back without paying the additional cost to recast. Same with Command Beacon , which I am looking to add into mine.

I am personally not a fan of the oaths, they feel dead a lot without the walkers and I prefer to run more control. Here is my list if you want to check it out! it has been pretty strong! it may run a bit slower in terms of getting ultimates to pop but it has been super consistent and very difficult to beat. Atraxa's Best Friends (why can't she be BUWR?). I know my take is different and not for everyone but I hope these suggestions help!

Hello fellow superfriend. I like your deck but I have to question some card choices and come with some suggestions. First of how do you make your Valakut trigger? You dont have nerly enough mountains... Second why did you choose ulamog, the ceasless hunger over some other titan like Kozilek, Butcher of Truth? Third and last why do you play Karn Liberated and Ashiok, Nightmare Muse? I personaly think Karn is to slow and I cant really think of a reason to play Ashiok, Nightmare Muse.

You already have Oath of Teferi and Nicol Bolas, Dragon-God add Aminatou, the Fateshifter

for a three card combo to win. She is also very strong on her own in a SF deck. Faith's Reward could be considered aswell. Uping the lands to 38 or add more manarocks could also be a good thing here.

I hope I dont sound rude, I just want to help and share my view. +1 from me.

I'd say replace Mind Sculpt with Maddening Cacophony. Ashiok, Nightmare Muse clashes with what Consuming Aberration and many other cards. It's a better idea to maybe replace Ashiok with something else. Someone else also said Fraying Sanity, which is a really good idea.

Is this meta? No, Burn Mill is a horrible idea in the end, I have had some experience with it.

It kinda seems a bit like a budget burn deck in the end, which really isn't a good idea for mill, but that may be what you're going for with this. It looks decent, but heavy changes need to be made.

(Oh yeah, and change format from Standard to Modern, most of the cards aren't Standard Standard legal)