Anya, Merciless Angel gets +3/+3 for each opponenet whose life total is less than half his or her total starting life total.

As long as an opponent's life total is less than half his or her starting life total, Anya, Merciless Angel has indestructible. Anya on a budget
by Ccallicoatt

Underrated Commanders on a Budget: Anya
by Rakin 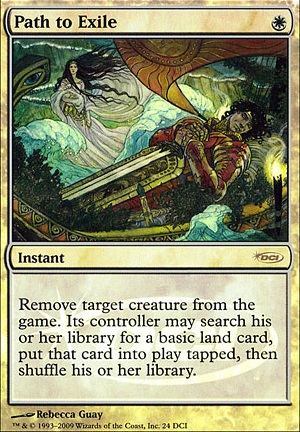 @Blackheart426: Sorry. I've already made up my mind. I'm Going Gerrard on this. Akiri/Bruse Tarl was a close 2nd Place choice. The rest of the 5 choices were awful: Aurelia, the Warleader would've been a poor reason to run Boros in a cEDH environment. Haktos the Unscarred is basically the worst kind of Hot Mess that requires only 2, 3, & 4 CMC cards in case he enters play. This means you must attack w/ him EVERY TURN, & cards 0, 1, & all 5+ CMC cards are all not allowed. While I am currently building an Exalted Deck for Ol' Achilles, The Nyxborn, it's no means cEDH related. & Please... Don't get me started on Archangel Avacyn  Flip. Feather, the Redeemed, Depala, Pilot Exemplar, & Firesong and Sunspeaker all don't count as they have Tier 3 cEDH Level/Joke Build/Burn turned Life. I chose Gerrard because of this. Not sure if you understand, but...

â¦Anya, Merciless Angel is nowhere near such a statistic.

Sorry, I'm not changing CMDRs now; it's locked in by the one who Beheaded Urza.

I like it! I love Boros in general, so I'm a big fan of this. Since you have heartless in there, have you thought about Anya, Merciless Angel? One tap and you have an indestructible 7/7 flyer. Even funnier if you give heartless life link lol Keep it up!

Actually might try out either Anya, Merciless Angel , Dragonmaster Outcast or Varchild, Betrayer of Kjeldor over Hushbringer

Older20 thanks for the response!I'm going to proxy the 2 swords and try them out. I'm making my a few personal adjustments, my playgroup bans Teferi Protection and I'm not quite sold on Hushbringer. Had a game where the other 3 did not rely on ETB, so they purposely kept Hushbringer alive, making Marchesa nothing more than a 3/3 deathtouch + haste. I will try Anya, Merciless Angel or Duelist's Heritage

Benthehen333 on A Custom Commander for Angels!

This is my first time doing one of these things, so here's the commander:

Other Angel creatures you control have haste and are indestructible.

Whenever an Angel you control attacks, Jazrael, Ascended Angel deals 1 damage to any target.

I wanted to do something with Angels, and I noticed that there really is only 1 viable Angel tribal commander: Lyra Dawnbringer . She's very powerful, but I wanted to make something that had another color, to make use of the red angels such as Anya, Merciless Angel , Aurelia, the Warleader , and Gisela, Blade of Goldnight . Please leave some feedback and tell me if it's too overpowered or not! HERE'S THE LINK TO THE ACTUAL CARD: [Link Here]https://mtg.design/i/fawn03