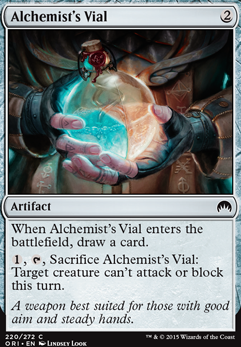 When Alchemist's Vial enters the battlefield, draw a card.

Alchemist's Vial occurrence in decks from the last year 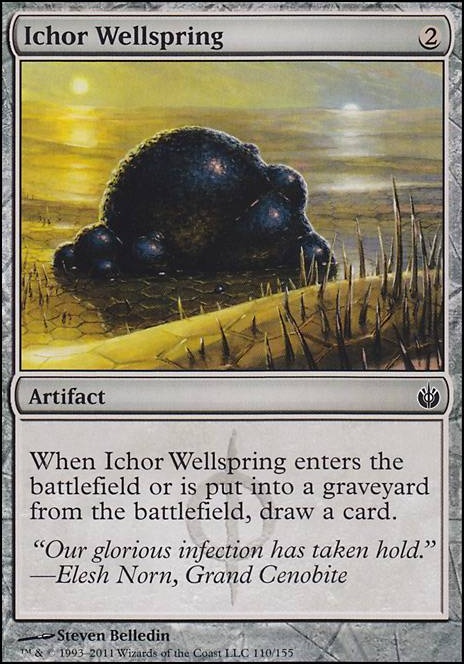 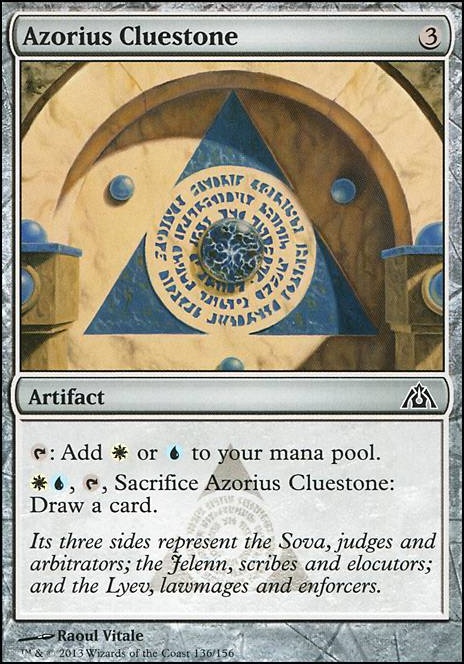 Abominations of War
by coolestardude

I need 20 minutes TO FINISH MY MAIN PHASE MWAHAHA!
by Superfriendsbuiler

The best way to make this competitive is using Strionic Resonator . Using two mana rocks, or a Sol Ring , you get and spend two mana to copy Brago's ability. By copying it every time infinitely, you copy the ETBs of your permanents as many times as you want. Generally this instantly wins the game. Spine of Ish Sah and you blow up every permanent of your opponents, Alchemist's Vial and you draw your deck, etc.