You Can Call Me Grandaddy

What a Horobi-le Night to Have a Curse
by Triton

The Entourage of Trest
by Triton

The All-Consuming Blob!
by Triton

Enter the Niv-Mizzet
by Triton 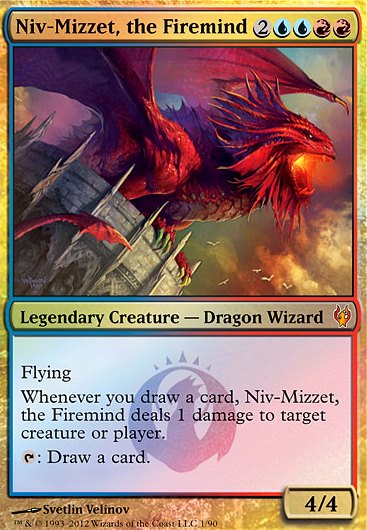 "The world seems full of good men, even if there are monsters in it."

First thing's first: I was not that big of a fan of the vampire deck when I first saw the list. I was more interested in dragons, but since my friend in my playgroup chose the dragon deck, I decided to go for my second choice: vampires. It was pretty hard choosing a fitting theme for this deck, outside of the obvious inclusion of vampire lords. I've decided to settle with obviously vampire tribal, and a life drain theme, as vampires do that best, right? At least I think so, my Romanian roots are from Bucharest, which was the town next to Transylvania, so there were mainly just people scared of vampires. I dunno the story exactly so what am I saying.

As to why vampires are my second pick? They seemed the coolest between them and wizards for me, and the other two I chose not to because other friends were using them (what fun is it to go against 2-3 Yidris decks in a pod?). A pleasant surprise was an aristocrats and life drain theme in the deck as it was. Moral of the story is, there are many pleasant surprises when buying sealed products.

I've always wanted to build a tribal deck, and Commander 2017 gave me the opportunity to try my hand at a tribe, in this case vampires. The basic theme of the deck is vampires only, and then some aggro with life drain to win, since vampires love seeking out blood. Makes sense thematically. I'm keeping infinite combos to a minimum because they're pretty degenerate and this is not my big boy deck.

Mainly looking for suggestions to help streamline this deck's playing style, which is aggro/life drain with a touch of +1/+1 counters. Also keep all the creatures vampires! I'm not interested in tutors for combos or more infinite combos in the deck, as they are a last resort if the game is taking too long. Also I am well-aware the land base isn't 100% optimized and I am currently working on getting minimal amounts of tap lands for the deck.

I also do not know how to approach tribal that well, so any suggestions on choosing the perfect vampires will help tremendously! Also making suggestions for cuts is always much, much appreciated! It gets hard to find cuts sometimes!

The maximum budget for this deck will be about $230, and will rise as time goes on, as with all my EDH decks.

How to Conquer the Table

There are a few nice combos to win against opponents:

"Why no Vampire Nighthawk , etc?"

I choose not to run any cards that simply act as vampires to cast, or "French Vanillas." They usually have to have an impactful effect (eg. Card draw, global effect, removal) to deem a spot here because usually they'll be cast just for a token. I'm even taking out some more inefficient vamps for more powerful ones because we do have plenty of good vampires now.

If you enjoyed this deck, an up vote is always much appreciated, thanks!

The full spoiler of Rivals of Ixalan has been released! And there's some nice includes that will be added into the deck! First, there have been some cuts to the deck.

Also updated the description so it should be up to date as far as what cards I use in it, along with the budget cap. :)