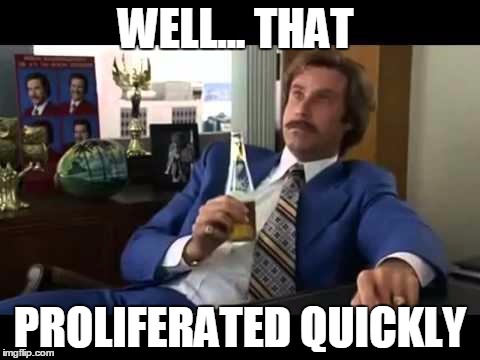 My rendition of the Breed Lethality C16 PreCon deck. The general plan is to get as many +1/+1 counters onto my creatures as quickly as possible. Once these counters are in place, the plan is to utilize various amplifiers to increase those counters over time.

I eventually plan for a super best friends build as well (share some cards between the two - will come with time due to expensive nature of super best friends decks). I do not intend on making this build infect since that would not be as fun to play as or against.

I was a little indecisive at first, but I am really happy to have chosen Atraxa, Praetors' Voice

in Breed Lethality as my Commander for 2016. Initially I had my eyes on Open Hostility with Saskia the Unyielding leading the charge. After my initial excitement went down I realized that it would be close to the same feel as my voltron take of Wade Into Battle (We're the Titans, We are Strong - Kalemne) centering around Kalemne, Disciple of Iroas.

At this point my friend who had called pre-emptive dibs on the commander before Atraxa was teased was leaning more toward Invent Superiority with Breya, Etherium Shaper at it's lead. I would (and did) chose Atraxa if he went that route, but would have gone with Entropic Uprising with Yidris, Maelstrom Wielder if he had chosen Atraxa.

The play group I am a part of includes a modified Breya, Etherium Shaper artifact combo deck and a modified Kynaios and Tiro of Meletis pillow fort with knives.

This deck is not meant to be a superbest friends, but some planeswalkers have too good of synergy to pass up

These particular creatures work more for themselves, but by themselves can be a force to be reckoned with:

These have their main focus on putting +1/+1 counters on something else rather than itself.

Ramps up the rate of counters being placed. Some add additional while others are just proliferation.

Takes the creatures that do have +1/+1 counter and lets them do something extra beyond their original abilities.

Rampy goodness that in some cases can increase with time.

Mass or single target removals to get rid of threats.

Don't really fall under any of the other categories, but still work well regardless.

Cards that can be useful in specific situations, but not to be used in average runs.

Cards that I may add in can be seen under Maybeboard. Qty 1 are cards I am thinking about, Qty 2 are cards I own and are ready to place in, Qty 3 are cards that are currently on order.

Comments and Suggestions are welcome.

Purchased some cards for one of my other decks and finally got around to getting some lands that had been on my radar for a while.

Aether Hub is a nice way to get 1 mana of any color, but if I consume the energy before I can proliferate it, it will go to waste. Might be more useful if I had my energy generators in the deck.

Llanwar Reborn also has a nice effect, but I either can't use it until I proliferate or it goes to waste with no other way of getting Graft back on the land. Since it enters the battlefield tapped and only produces , it also isn't as worth it.

Both had their uses, but a mana sink that can either proliferate or generate a +1/+1 token on all creatures I control has a lot more benefit in my opinion.