The Wizardly Lady of Scrolls
by Decisive

Urza | Of Man & Machine
by Decisive

The Dwarven Menace
by Decisive 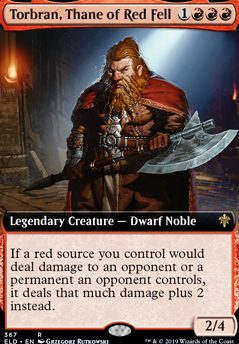 He sits from his throne, biting his thumb, looking onward at your pitiful performance. He thinks, "This bloke canât cast a spell for [email protected]!t!â He leans a bit closer, wondering if youâre going to do something worthwhile, but no; once again, you disappoint. He slouches in his chair before finally having enough of this feeble attempt to satisfy his thirst. You look at him, your eyes begging for a pass to the next round. Fate isnât on your side. Vish Kal stops the audition, looking you dead in the eyes. âYOU ARENâT WORTH THE BLOOD ON MY SHOES, NOW GET OFF MY STAGEâ.
"
Vish Kal, Blood Arbiter is the most ruthless judge on Magic: The Gatheringâ ¢. He wonât let you live down your mistakes and will always make sure you leave the battlefield in despair. With his ability to devour the souls of those rooting for him to help destroy those who try to impress him, he proves to be the most devastating judge when it comes to a contestant's self confidence.
You have been warned
Being a 4WBB 5/5 flyer with lifelink and the previously mentioned ability, he is no one to be messing with. Capitalizing on the fact that itâs reusable removal on a body, who can also grow to reach that pristine 21 damage mark if a good target to destroy isnât present. Along with that, heâs a sac outlet at his worse. Soâ¦ letâs exploit that with countless token generators and creatures that are better dead than alive!
That said, the main thing this deck currently does it control the board, whether that be by eliminating creatures (with or without Vish) or gain life to escape aggro, up until the deck can setup enough pieces to blow up. Main wincon is Vish Kal himself, as the rest of the deck does it best to help feed his ego to get some sort of control over his opponents.

The Method Behind His Madness

The Basis Behind the Judge

This is my attempt at creating a fun, and semi-competitive Vish Kal deck. That means that I want the deck to be fun to use, fun to fight against, while still holding its own against some of the better decks out there. As such, there is no budget limit but I'd prefer suggestions that don't enable some of the more degenerate combos. This deck is meant to be as efficient as can be while still maintaining its integrity, that said, however, this deck wonât win you a T1 game but will do its damned best!

This deck uses custom categories to try and illustrate how the deck works and the cards it functions on.

Land: The cards that form most of the mana base for the deck

Reanimation: Cards that provide some sort of method of recuring fallen creatures to aid in Vish Kal's cause

Removal: Cards that imitate Vish in their ability to remove contestants off the stage

Tokens: Cards that help build Vish Kal's fanbase, whenever he executes a fake fan, many more come to rush in to replace the traitor

Outlets: Cards that provide the player the ability to sacrifice fans for the glory of Vish

Targets: Some fans are better off dead than alive, as such, these are the cards you should typically aim to sacrifice, though you can sacrifice literally any fan in the deck if it helps Vish

Payoff: These cards are the ones that benefit the most when you get rid of traitorous or selfless fan, helping further the agenda of the almighty Vish

Ramp: The cards that help us move along our curve.

His Strategy when Degrading People

The objective with this deck is to primarily keep the other player's board states stable up until the turn you cast, and the turn after you cast, Vish Kal himself. You want the board state to be manageable (though knowing Vish, heâll destroy the enemy even if you are losing), and you want enough pieces in play so that Vish explodes on his turn. Typically youâll want to have enough parts assembled so you could boardwipe everyone else's creatures using Vish, and swing for lethal once you can.

The Black and White Picture

As you, the astute player you are, have noticed, this deck is Orzhov, B/W, which open up a plethora of abilities and cards which really help Vish. Black opens up plenty of removal, reanimation, and aristocratic cards, while White provides life-gain, tutors, and control. Now while not the same as the blue kind of control, white and black provide you with options to help prevent combos, and other effects, from going off (think something like pillowfort). White offers Blind Obedience and Black offers Grave Pact , and they together offer Teysa, Orzhov Scion . This makes the deck pretty good at handling threats, and blue control, but it sadly starts to lack against green or red aggro. Without green, we lack most common forms of ramp, and without red, the deck lacks burn. Luckily the lifegain present helps alleviate most of the damage dealt from aggro decks.

While not the intention of the deck, some cards do go infinite with others. As decks get more tuned, infinites become more and more likely, and as such, this deck has a few.

Grave Titan + Ashnod's Altar + Nim Deathmantle : Leads to infinite zombies and mana, works well with Blood Artist or Zulaport Cutthroat , and also works with Vish to either get huge or become a boardwipe

Credit to The Deckcoders' Alliance, click here for a link to the page