The Night Calls You 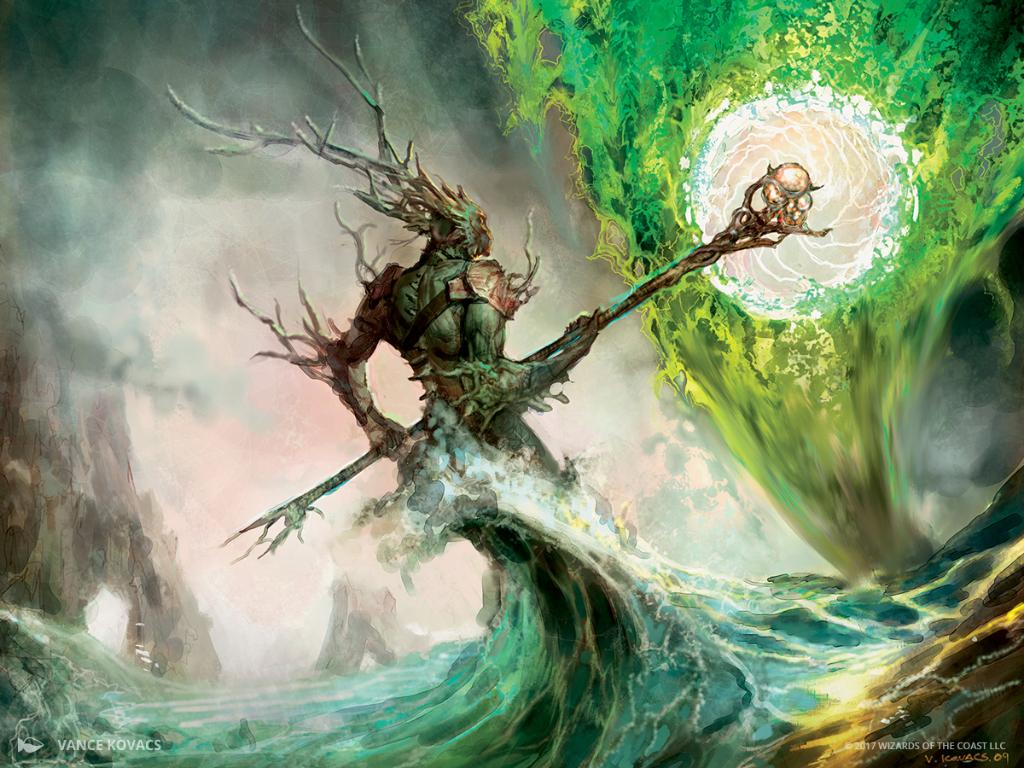 I think this deck is very well-positioned to tackle the modern meta right now. Allow me to explain why.

I knew I wanted to build something with white. I've played a ton of Grixis, but Path to Exile , Rest in Peace , and Stony Silence are, in my opinion, the 3 best cards to attack the current modern meta. I don't think a fair deck without white will be equipped to deal with what the top decks throw at you. Rest in Peace alone is enough to win the game most of the time vs Phoenix and Dredge, the 2 top decks right now.

Why Esper? In Grixis, red is powerful because of Anger of the Gods and versatile because of Lightning Bolt , but I don't want to be on either of those cards right now. Fatal Push kills Thing in the Ice Â  and Pteramander much more efficiently. If Fatal Push wasn't so good right now I'd play Jeskai (and I think Jeskai Delver has plenty of merit anyway). The final piece that I think makes this deck really good is Spell Pierce . It may not see any play right now, but if you look at the modern meta it's actually really well-positioned. It's amazing vs Phoenix, Tron, Burn, UW Control, GDS, BGx, and good enough vs Dredge, Modular Affinity, and Bant Spirits. It's only bad vs Humans.

Path to Exile , Fatal Push , Spell Pierce : these are the cards the main deck is built around. I wanted to avoid this becoming UW Control with Fatal Push because that would just be worse than UW Control. This became a Delver deck because while playing Grixis Delver I learned that Delver of Secrets Â  and Mana Leak win more games than one would expect. And the rest of the deck is filling in with the appropriate support.

When tuning this I started by facing vs Tron. The Tron matchup is totally winnable in game 1. If they get early Tron it's hard to win, but if we can counter or discard a land tutor or get Field of Ruin then we are well on our way. Winning hinges on either keeping them off tron or keeping them off threats while we kill them. I think it's about a 50/50 matchup. And if Tron is winnable then the deck is in great shape since the aforementioned 5 key cards take down most of the rest of the meta on their own.

I'm not sure what the sideboard should look like. Obviously Rest in Peace and Stony Silence . I think Settle the Wreckage is amazing because it's one-sided and exiles. It shores up the Spirits, Humans, and Modular Affinity matchups, in particular. The UW Control and Rock matchups, and to a lesser extent GDS, need the most care from the sideboard. UW goes big, so we can beat it with efficiency, and the other 2 are less tough than UW. Thus I think Countersquall is one of the best things we can do. I'm also considering raw card advantage options like Chart a Course and Esper Charm , but they have limited use elsewhere. Gideon, Ally of Zendikar might also be effective.

Phoenix Of The Archangel