Not So Noble [Modern Knights]
by Happymaster19 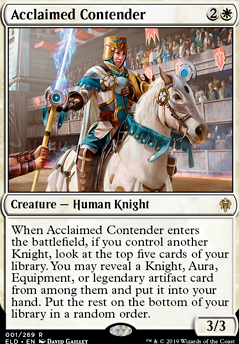 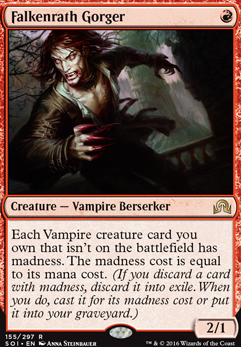 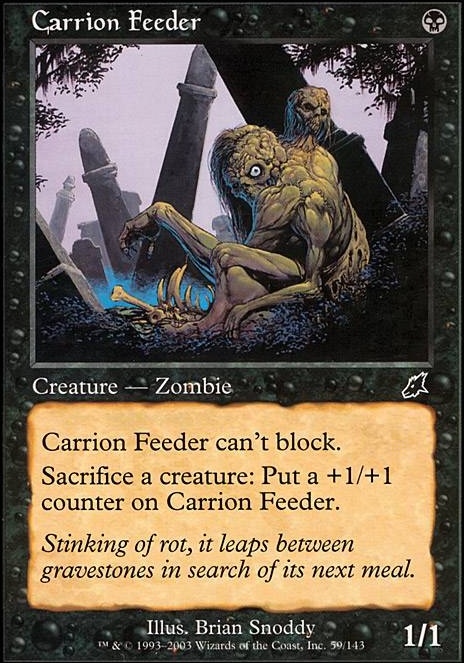 Hello, everybody. Welcome to my primer for Modern U/W Spirits. Tribes are built around a core of creatures that have effects that support their shared creature type. Weâll discuss how Spirits went from a back-burner creature type to a supported tribe with identity. Weâll discuss the various builds of Spirits, how the strengths and weaknesses of this build compare to other builds as well as the meta itself.

Tribes consist of a core that gives the tribe an identity, the thing they do. Spirits specialize in disruption, especially proactive disruption. Most will sit on the battlefield and serve as potential disruption while they beat in and even blanket protection at times. Our sacrifice spirits like Selfless Spirit, Remorseful Cleric, and Mausoleum Wanderer get in damage and are constantly at the ready to throw a wrench in a variety of plans. Drogskol Captain gives us passive proactive disruption or protection. And some can come in reactively to surprise the opponent such as Rattlechains and Spell Queller.

While I would make strong arguments for Spirit decks to include the creatures youâll see below, I would almost require the above just to make a playable deck. They are the most well-rounded and support our identity the best. The rest are utility spirits or redundant effects.

Thatâs the main deck. We want to trip up our opponent while we stack anthems and beat over the ground.

Forming a Foundation So where did we get this core? Spirits have always been around for as long as Magic but never really got any focus until Kamigawa. While there was a lot of interplay in those Spirits, they still didnât have a real focus. Ghost-Lit Redeemer, Oyobi, Who Split the Heavens, Forked-Branch Garami. Soulshift was powerful but generally came at high cost. No lord. No real efficient Spirit payoffs. No focus. After returning to obscurity, Spirit were given some spotlight with a trip to Innistrad. Spirits found their first true lord in Drogskol Captain all but solidifying blue and white as a part of the tribes banner and hexproof giving the tribe a seed to bloom an identity from. Unfortunately the rest of the tribe in block was rather lackluster and Drogskol Captain simply wasnât going to hoist them into Modern on his lonesome. Geist of Saint Traft is certainly a solid Spirit but not really the type of card that rounds out a tribe. The tribe needed to develop more. It wasnât until we returned to Innistrad that Spirits got its support. Shadows over Innistrad began as a trickle with Rattlechains really being the only solid Spirit to support a tribal strategy. However, Eldritch Moon changed everything. Mausoleum Wanderer, Selfless Spirit, Spell Queller, Nebelgast Herald. Spell disruption, wrath protection, a counter that exiles, board control. With a blue-white base formed, the tribe found its identity. Disrupt the opponent, secure your board, beat over the top. By this point, Eldritch Moon had fleshed out 85% of the deck you see listed. That last chunk came when Spirits got a surprise lord along with a Tormod's Crypt on wings in Core 2019 with Supreme Phantom and Remorseful Cleric. This gave the tribe much needed teeth and a tribal tool for graveyard strategies.

I find that most of these builds try to hard to be aggressive when there are plenty of decks that can outmatch Spirits for power. Spirits have natural evasion which means they donât rely on high power to break through ground situations. I feel too many builds try to take advantage of the air and focus less on what the tribe really does. Sure they fly. But faeries do too. Faeries disrupt. But they donât really rely on anthems. Thanks to heavier beaters like Vendilion Clique and Mistbind Clique as well as the one card swarm, Bitterblossom, faeries donât need to build as much of a board presence supported by anthems. In that regard, I feel faeries donât really operate like a tribe, or even a tribal control deck. Faeries simply feels like classic control. Pick off whatâs important and beat in quickly with a heavy beater once you obtain control. Spirits are small scale. Your Selfless Spirit simply doesnât match Mistbind Clique for power. Faeries have more hard stopping power. Spirits must be crafty and meticulous. Relying on a lone Drogskol Captain to close the game isnât nearly as viable as that lone Mistbind Clique. This means the deck must play together as a tribe. If you want anthems.dec play Merfolk. If you want disruption.dec (in tribe) play Faeries. If you want a tribe of disruptive creatures that work together, play Spirits. Use their identity to defend the establishment of a cooperative board. Spirits are pack disruptors. Spirits can hold back and try to play weak control. They can go all in and play weak aggro. Or they can work together and play the best balance of aggro and tempo in the format with an exciting tribal motif.

The format is a hot mess. There have been top contenders that move in and out of that spot. It we havenât had a dominant deck since Deathâs Shadow had Gitaxian Probe banned. Since then weâve had classics like U/W control, Affinity, Storm, Tron, and new blood like Hollow One, Humans, Arclight Phoenix, G/B control, and the resurgence of sleeping monsters Grishaolbrand and Dredge. Itâs hard to have enough in a 15 card sideboard to deal with everything going on in the format these days. But before getting into the topic of the sideboard, itâs important to remember that sideboards are to give your deck flexibility in dealing with your local meta. I try to keep my posted list as generic as possible to cover as much space as I can. Your meta may dictate you in a different direction. That said, letâs begin.

Another Core Set, another Spirit lord.

Empyrean Eagle is immediately a cheaper alternative to Serra the Benevolent both on the wallet and the mana pool. Spirits have incrementally accumulated pieces and now Spirits have quite a critical mass of lords. We wants to keep it to just the pair. Ten lords is plenty and Phantasmal Image can provide even more.

We have also added Modern Horizons tech, Unsettled Mariner. The only member not to get the anthem of Empyrean Eagle. No matter, they are both valuable additions.