Doomsday is a powerful 1-card combo that tutors for 5 different cards. Ideally, you should try to win the turn you cast this spell, so here is a line-up of some of the most efficient 5-card piles (Top to Bottom): 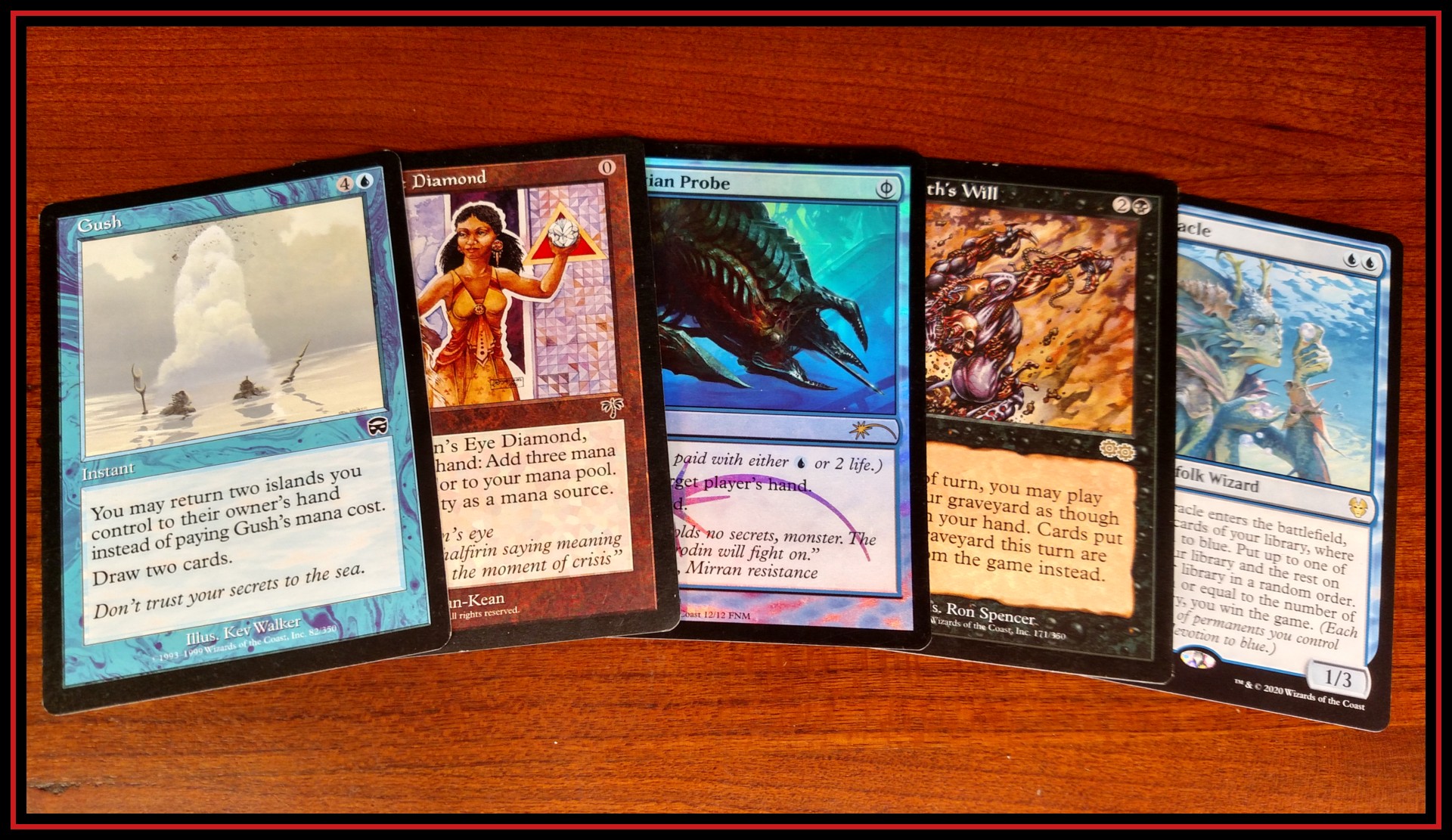 Cast Yawgmoth's Will, then cast Lion's Eye Diamond from the graveyard and crack for

Cast either Ponder or Gitaxian Probe from the graveyard, drawing Thassa's Oracle with floating

Note: Mana Crypt and Pact of Negation can be swapped for other cards like Silence as needed.

, Necropotence in play, no Ponder effect

Pay 5 to Necropotence and pass the turn

On your opponent's upkeep, cast Silence

Go to your turn and play Thassa's Oracle with triple counterspell backup.

This pile is extremely customizable. Swap out interaction and fast mana as needed.

Draw Laboratory Maniac with Ponder and cast it

On your end step, before cleanup, cast Gush with 3 counters for backup.

This pile is also easily customized depending on mana avaliability

Cast Thassa's Oracle with your library as Sensei's Divining Top, Anything

Note: Yawgmoth's Will can be put to good use here if you have 4 Islands for Gush, or a lot of mana. That pile might look like: Gush, Gitaxian Probe, Lion's Eye Diamond, Yawgmoth's Will, Thassa's Oracle

Ad Nauseam combined with Angel's Grace or Phyrexian Unlife (which can be searched up with Zur the Enchanter) allows you to put your entire library into your hand. Your life total will become -100 or so, so make sure you win that turn! 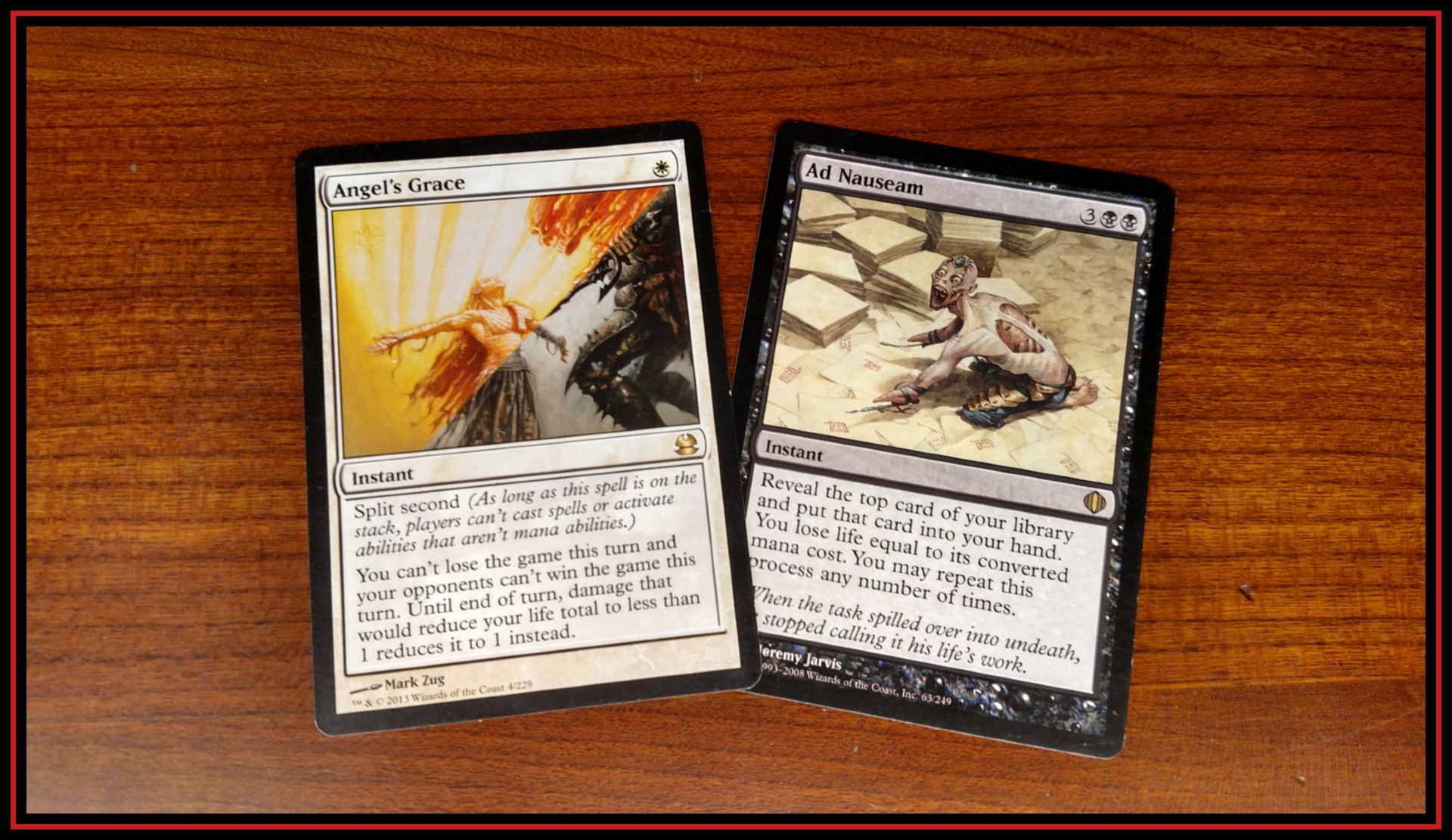 After your library is in your hand:

If you don't have Laboratory Maniac or Thassa's Oracle:

Brainstorm putting Yawgmoth's Will and Lion's Eye Diamond on top

Cast Windfall from your hand, opponents draw ~70 cards, you draw Yawgmoth's Will and Lion's Eye Diamond, staying alive because of Angel's Grace

Cast Windfall from your graveyard, opponents will draw ~70 more.

With a Rest in Peace in play, Helm of Obedience reads: ": Exile target opponent's library" 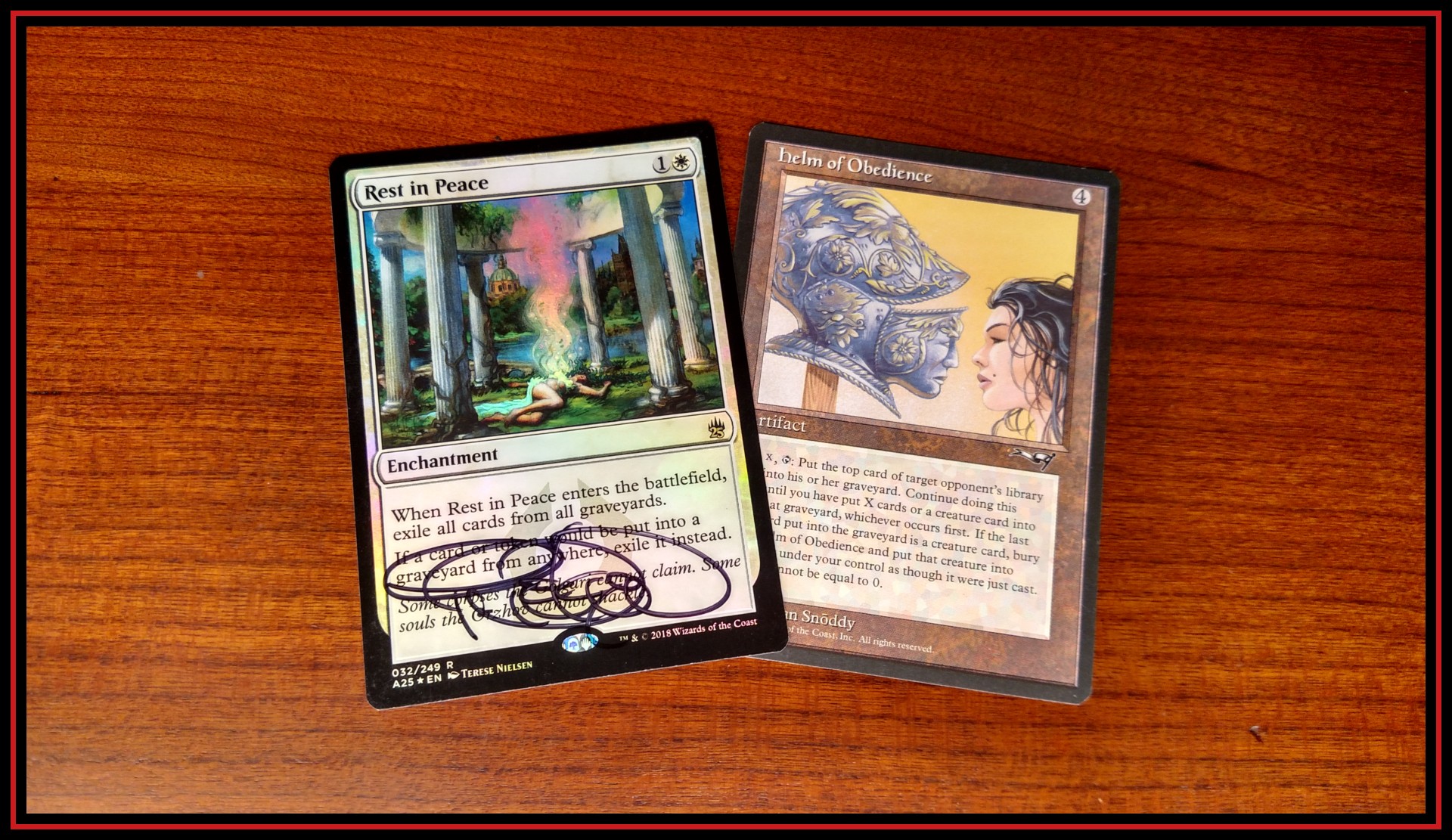 Casting Demonic Consultation naming a card that is not in your deck will exile your own library. 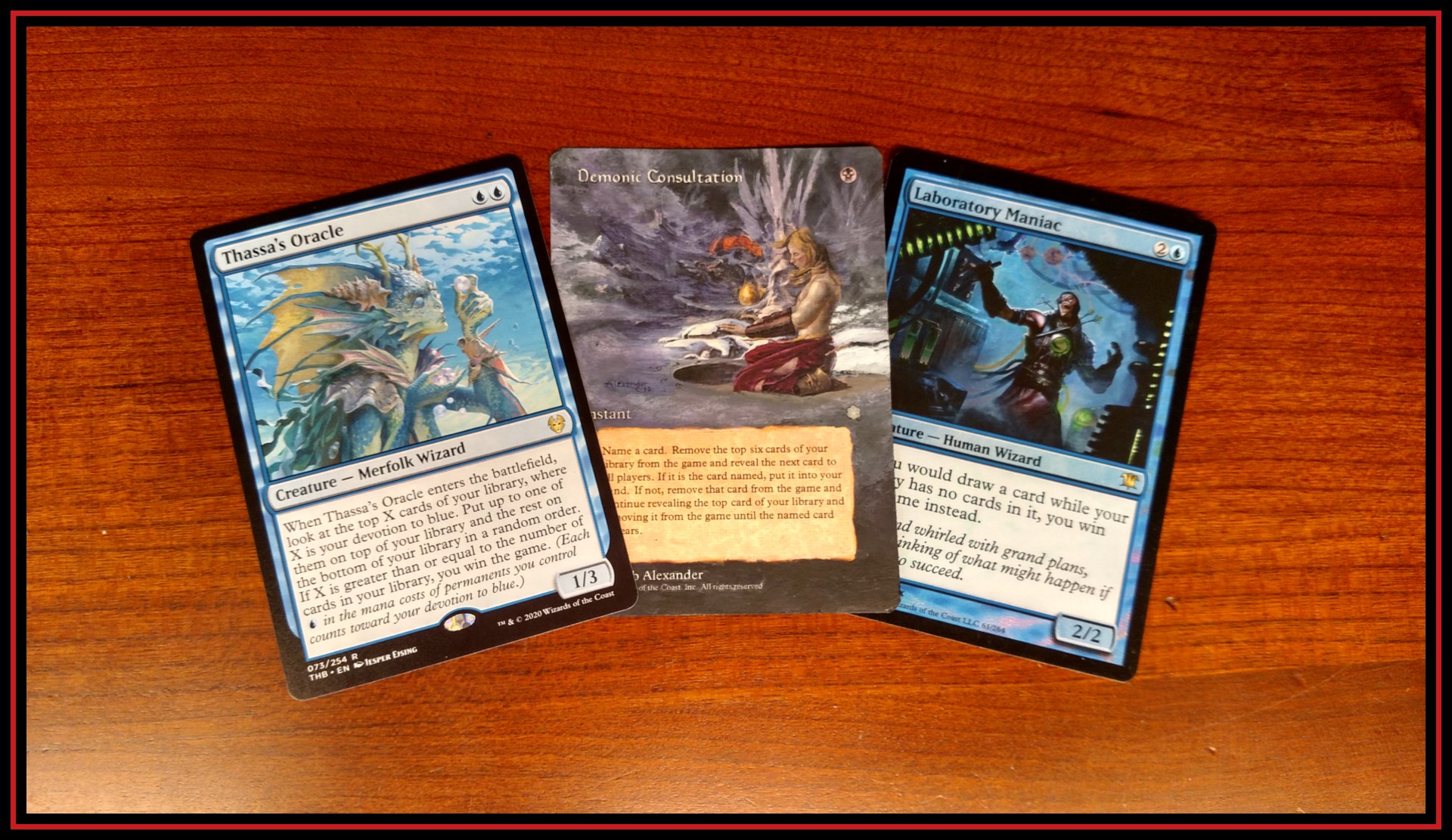 Demonic Consultation + Thassa's Oracle or Laboratory Maniac is an easy way to sneak in a quick win. It can also be used as a tutor in a pinch, but don't use it to find Ad Nauseam or Doomsday; you'll end up exiling a combo piece.

Demonic Consultation for a Helm of Obedience or Rest in Peace with the other in hand is a fine tutor, since the combo doesn't need any other cards to work.

The number of lands in this version of Doomsday Zur is higher than you normally see. This is due to my own meta containing a lot of heavy Land Destruction decks like The Gitrog Monster.

Wishclaw Talisman: The flex slot for this deck. Don't ever use this unless you can win on the spot before your opponent gets a chance to tutor.

Phyrexian Unlife: Some versions of the build have utilized Angel's Grace as the only combo piece for Ad Nauseam. In my own experience, having a redundant piece that can be tutored with Zur the Enchanter is incredibly valuable in multiplayer games.

Helm of Obedience: This back-up win condition takes up only a single slot, since Rest in Peace is a card you would likely run even without the combo potential.

Tezzeret the Seeker: Another copy of Helm of Obedience and something to do if the game goes long.

My version of Zur the Enchanter is more controlling than the other versions of the deck. As such, some fast mana cards you'd typically see are absent.

Helm of Awakening: I have found this card unnecessary to win with Ad Nauseam and not very good outside it

Notion Thief: Could be swapped in at some point, but Necropotence usually draws you more than enough cards. Frequently this card only nabs a single draw off a Ponder as opponents looking to win by drawing their library usually have Counterspell backup.

Prismatic Vista: This deck is too hungry for Underground Sea and Watery Grave.

Grim Monolith: The colorless mana is great for casting mana rocks, but not much else.