Why you should play Mizzix

Why I play Mizzix and my story

First, some background about the story of how I came to play Mizzix.Mizzix is currently my all-time favorite commander. I have been an Izzet mage for a very long time, starting out with a Melek, Izzet Paragon EDH deck which was a pile of blue red janky spells, what I could afford and very casual. I then transitioned to a Keranos, God of Storms deck, tuning the list to be more of a control deck that had a few cool combos up its sleeves but remained a slow, unfocused and, ultimately, boring build. When Mizzix was spoiled I was disappointed at first, because I was desperately hoping for a UR Artificer legend. I really wanted Mizzium Transreliquat to be good in a deck I build (This was fixed in late 2016 with Breya being spoiled. See my Breya EDH: Assembling Victory deck.)

After some thinking, I began to warm up to Mizzix and bought the precon when it became available. Very quickly I realised that this is what I was looking for in terms of my personal playstyle. At the time, I was playing UR Storm in modern and TES in Legacy. I love casting spells. A lot. Its an addiction. I forgot that combat was a part of the game.

With Mizzix, I realised my inner Johnny could finally play all those cool swingy spells that cost a lot and looked awesome but were just a tad too expensive for cheap. I began to brew and brew (surprisingly, Ive only actually net decked towards the end of the list and did come up with most of the card choices myself.) with Mizzix until I came to a comfortable spot with it where it is now.

I guess this is where I convince YOU to play the great and wonderful Mizzix of the Izmagnus as your General.

First and foremost, you should say yes to most of the following:

and are fine with the following:

If that all checks out, then let's talk shop!

Mizzix is an interesting commander.

She is an enabler, and in a vacuum, doesn't do much. She is very dependant on what you surround her with, which means there are a lot of ways to build her. I've seen pure chaos, pure control, pure combo and even goblin aggro before with her at the helm. Because of her interaction with instants and sorceries it should be fairly obvious that a deck with her at the helm will be 40-55% instants and sorceries. You want a wide array of costs to be able to trigger her gaining experience for you and you want the spells you cast to actually do things that impact the game.

The way I built my deck, it is a combo oriented version, but it is fairly controlling as well, with ample removal and answers to my opponents' threats. I do not need to go infinite with a combo to win, as I can out value my opponents using tonnes of value spells and swingy effects.

The Deck: Breakdown by Category

I'm not going to list each card, as there are a lot of them, particularly in the card draw section, that are there for redundancy and setup. I will focus on cards that I think need highlighting in the list, which sometimes means all of a section and sometimes means a select few. If you have specific questions regarding a particular choice, feel free to ask in the comments below, and I will reply, usually within the hour.

Ok, ok, this wasn't a category that I have in the decklist, but there are some cards that are too good and need a special emphasis on how important they are. I will recommend them to every single person that is beginning to build a Mizzix deck as I think they are necessary. These cards are good regardless of whether you are building a more controlling or combo heavy version as they all work specifically well with Mizzix but are also good on their own.

If there is one thing that Mizzix loves, it's casting spells. But first we need some spells to cast and for that, we need a lot of card draw. This category is full of cards that draw, well, more cards. They vary in cost specifically for the purpose of enabling Mizzix. Some notable cards are:

(If you don't care what I think, skip ahead.)

All decks have a game plan. They have a particular set of goals to achieve throughout the duration of the game. Primarily, I divide a game of EDH by stages in turns. Most decks, including this one, have cards that are in the deck, solely to jump start my game plan and help me get going. To provide an example: Reanimator based strategies like Alesha, Karador and Sheoldred all spend the first few turns filling their graveyards and then begin to reanimate them later on using other spells. To accomplish this, they have, what I call, a setup spell (eg. Buried Alive or Entomb, and then, later on, a payoff spell (eg. Animate Dead or Reanimate). Here is how I, personally define a setup spell vs. a payoff spell as well as the category other spells fall under.

These three categories can be seen in most decks. Lots of decks run tutors, ramp spells and card draw all of which are in the deck to setup their payoff spells that actually impact the board and further their game plan to win. You want to be countering payoff spells and powerplay spells, 95.3% of the time. Sometimes there are corner cases where countering setup spells is relevant to prevent losing on the spot. The important part, especially for Mizzix, is knowing what powerplay and payoff spells to counter. Now, heres a brief questionnaire to ask yourself when your opponent casts what you deem worthy of being called a payoff or powerplay spell to decide whether or not to counterspell:

If you answered yes to more than one question, then yes you probably should counter it. (If you answered yes to the first question, super yes. Protect Mizzix. She is the heart of your deck. Unless you have another way to get her into play or protect her.) Its not about countering all the spells and being evil-counterspell-blue-player.dec its honestly about answering what needs to be answered. Dont counter the Boundless Realms, counter the Avenger of Zendikar that is coming up right after it. (although, actually, Boundless Realms is one of the few ramp setup spells that I would counter. Sometimes setup spells do put your opponent waaaaaay too far ahead, and those fall into the 4.7% category of setup spells that you do counter.)

I feel like Im rambling at this point but the TL;DR is:Dont counter the tutor, counter what they tutored for.

Alright, here's reasoning behind some of my choices:

So, Mizzix actually falls under this category. This is quite an important category for the deck's intended function as our goal is to take advantage of expensive spells and cast them at significant discounts. If you need a brief understanding of how cost reduction works in regards to this deck, click below for a quick breakdown.

Cost reduction is a hell of a thing. The way magic works: The total cost of a spell = mana cost or alternative cost + additional costs + cost increases + cost reducers + Trinisphere, in that order specifically. Trinisphere is the last to apply. Why? Because Trinisphere. Not very important as not many decklists will be running one in EDH (normally) so don't worry about it. The relevant part, is that the cost reduction effects come up at the end of it all. That means that alternative (overload/flashbacl), additional (kicker/multikicker) and cost increases (Thalia/Lodestone Golem) are all discounted! Yay!

Things that are reduced by the following cost reduction effects:

Things that are not reduced by the following cost reduction effects:

Now, in regards to the cards we are running for cost reduction:

Removal is important. Sometimes you have to let something resolve but you don't want it to stick around for long. That's what these cards are here for. Let's talk about some of them.

Yes, this is a bunch of categories mashed together, but that's because they tend to all be value cards and some have particular similarities that in the decklist I figured I would emphasis, but here I would discuss them all together. Also, making categories is fun and shows you how I think. (hint: I don't. Everything is chaos. Anarchy rules my mind)

THIS SECTION IS STILL UNDERGOING CONSTRUCTION
This is how you actually win usually. My version of the deck runs a couple very simple and straight forward combos (straight and simple as far as UR combos are concerned) that usually will win you the game on the spot if you resolve them and this is the most effective and easy to set up. As the name implies it focuses on the card Firemind's Foresight, a very specific tutor. Below is a breakdown of how the tutor works and then a card by card breakdown of the combos it sets up.

Firemind's Foresight tutors exclusively for three instants of converted mana costs 1, 2 and 3. This means that it gets us three cards to work with, and being an instant speed tutor, there are definitely combinatiosn that just win you the game on the spot. However, that is not all it gets in the deck.

Not going to talk about a lot of the fixing as it is self explanatory, but the utility lands are important to talk about.

THIS SECTION IS STILL UNDERGOING CONSTRUCTION 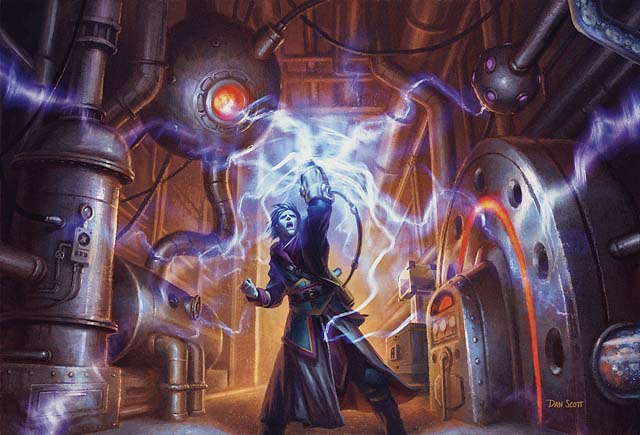 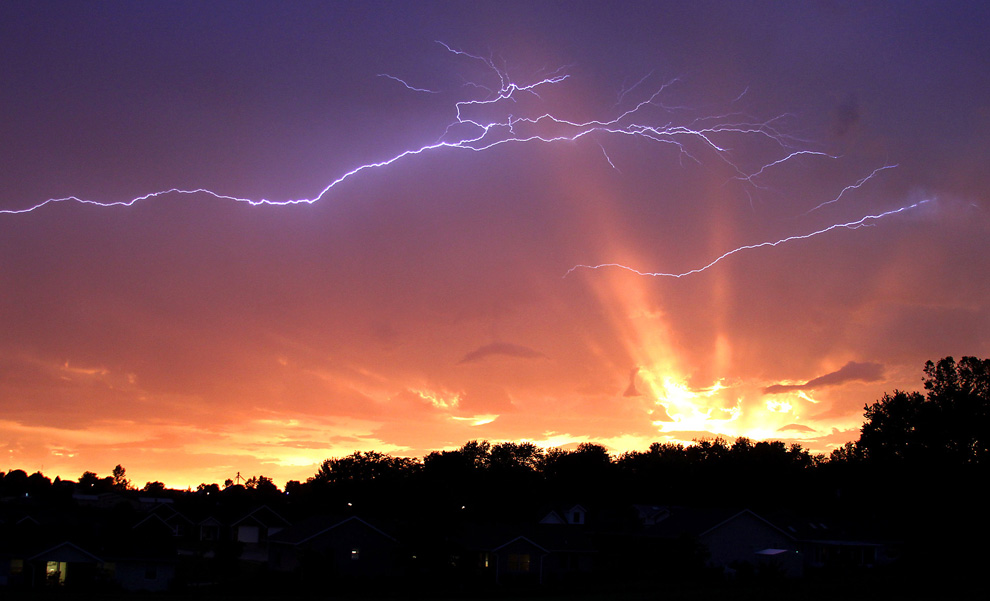 I realized as I was discussing with some people how the deck is built that I had neglected to explain in this primer that this is not the optimal list yet and I'm working towards finishing it off within the next few months. All my mana rocks were put into Breya as I was working on her and I am rewriting parts of the list to show the actual optimal list I would like to play, and not what I currently have sleeved up.