The Phoenix of Hollow Breach
by Darth_Savage

Boar and Jackal
by Darth_Savage 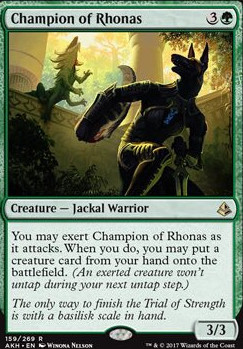 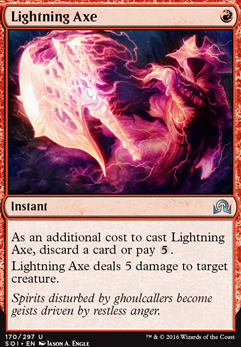 I've been playing with Ilharg, the Raze-Boar in Pioneer alongside Champion of Rhonas this has led me to want to try a similar deck in Modern. Goryo's Vengeance and Through the Breach are better than Champion, though they can be answered with Force of Negation, as could Nahiri, the Harbinger from the sideboard. Goryo's allows for a potential turn 2 kill, then there is also a possibility of turn 3. This deck gets worse the longer the game goes, so you are looking to end the game quickly. Ramp is from Generator Servant or Pentad Prism so in some cases Ilharg can be cast on turn 3, potentially with haste. Sickening Shoal is a main-deck answer, that plays to the core plan of the deck, though it may be swapped out with Lightning Axe Fling or Thud

Leyline of the Void - Dredge, Storm or CrabVine

Nahiri - Where graveyard hate is expected, trade for Goryo's

Thoughtseize - Bring in against most Combo

Boseiju, Who Shelters All is now in the main deck, Force of Negation is brutal...