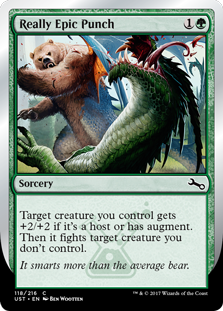 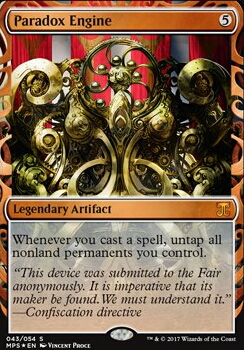 This Golos deck is built to embrace and celebrate this deadly sin as we so often express it in EDH: with LANDS.

At its heart, Golos el Goloso is a shiny, silly Maze's End deck, meant to end the game in the most "Kumbaya" way possible in Magic. However, it is built on the bones of my old Rashmi deck (immortalized here on the site as Ye Olde Rashmi List), which had transformed from a library-stacking, value-building goodstuff deck into an unfun cantripping countermagic control machine. Thus, this is not exactly a casual brew, and the compliment of cards that comprise the rest of the deck are a greedy pile of explosive ramp and ETB effect exploitation. Golos sucks lands from my library into play like no other deck in my arsenal, and I therefore run a total of forty-two (a full half-dozen more than my usual count). Still, the inclusion of Maze's End and the 11 gates puts a pretty tight grip on the manabase, so I run NO basic lands, and have skipped out on three of the four red duals. The decision to use shocklands and forgo ABUR duals is an aesthetic compliment to the many Zendikar Expeditions already in the old Rashmi pile and an embrace of the land-centric flavor of that plane.

Obviously, this deck is packed with ramp. Extra land drops abound, and artifacts, creatures and sorceries (with a necessary focus on nonbasics) all aspire to get us ahead of curve in a hurry. Golos himself is a solid ramp spell, but I usually don't cast him until I've run out of other things to do. Rather, the goal is to build a reusable Rube Goldberg machine of creature-based enter-the-battlefield triggers. The ETB toolbox includes recursion (Eternal Witness & Titania, Protector of Argoth), interaction (Hostage Taker, Reclamation Sage & Valakut, the Molten Pinnacle), ramp (Coiling Oracle, Palinchron, & Risen Reef), tutoring (Rune-Scarred Demon, Trinket Mage, & Ulvenwald Hydra), and tokens (Avenger of Zendikar & Field of the Dead). Enablers like Conjurer's Closet, Cloudstone Curio, Deadeye Navigator, Eerie Interlude, Ephemerate, Ghostly Flicker, Panharmonicon, Soulherder, and - of course - the stupidly overpowered Yarok, the Desecrated turn an already value-focused strategy into a back-breakingly efficient machine. Speaking of which, Amulet of Vigor is an absolute stud.

The deck also throws lands into the graveyard at a scandalous pace, and I've built a lot of synergy around some pet cards in this vein, including Crucible of Worlds, Lotus Field, Ramunap Excavator, Scapeshift, Splendid Reclamation, Sylvan Safekeeper and The Gitrog Monster. There are no red spells in this deck at all, but Golos still gobbles up that red mana with his activated ability so I run a few sources. All-in-all, this greedy boy is a gluttonous celebration of lands, my very favorite element to the game of Magic. Please playtest, upvote, and add advice or recommendations, but most of all: ENJOY THE FEAST!