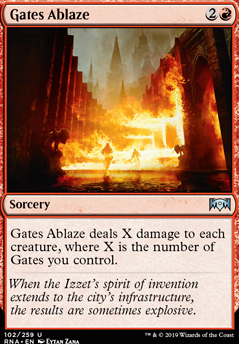 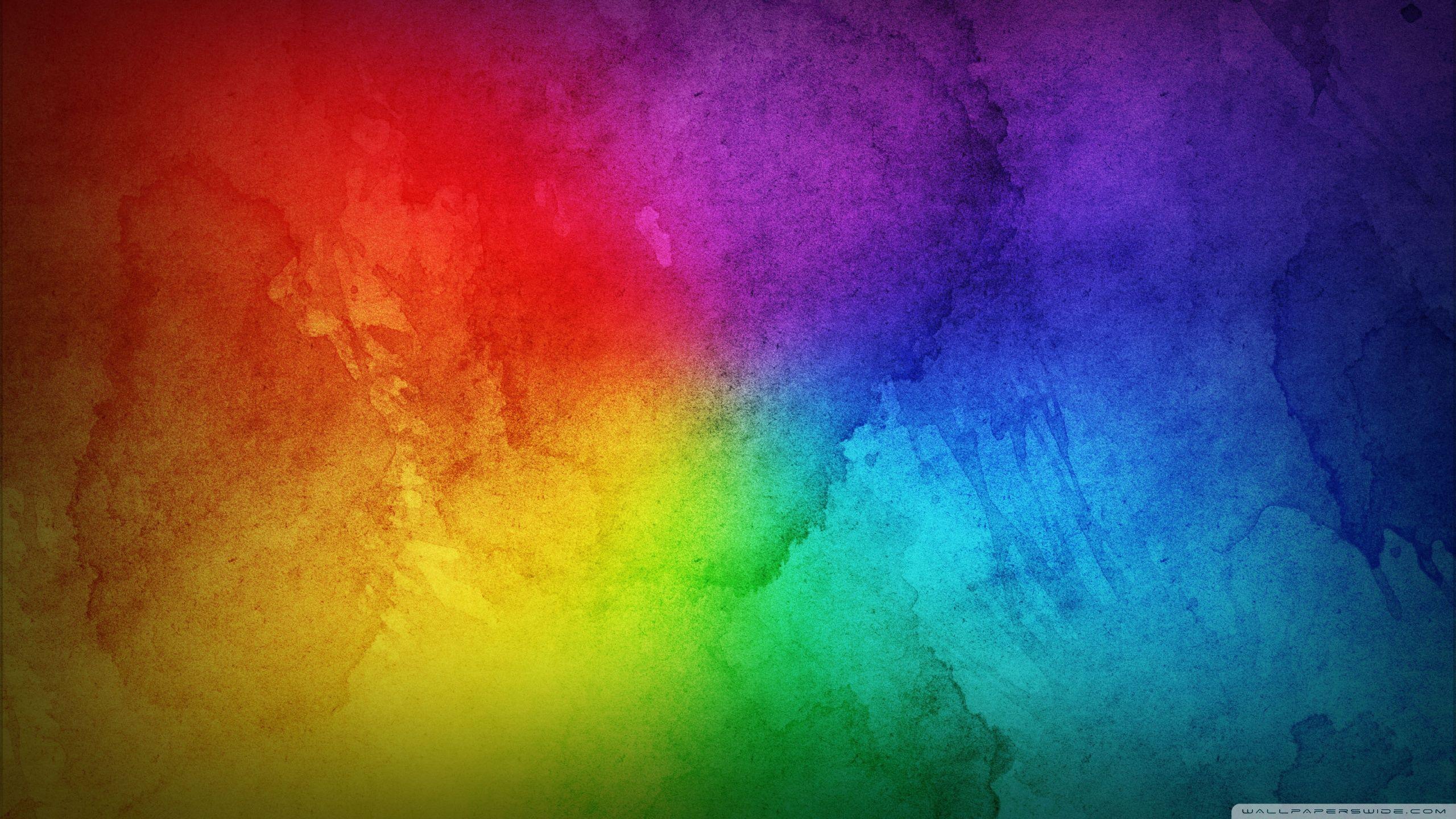 This is my current four color guildgate deck on MTG Arena. I started this deck on 2/23/2019 in preseason 2. This deck is built for both BO1 and BO3 constructed ranked. I Will be updating this deck as I continue to farm. Hit me up on MTGA Enral if you are looking for a playtest buddy!

In a way, this deck pilots like a Tron deck where early game is all about the setup to get to an obscene amount of mana. Therefore mulligan decisions should be based around that. Mulligan strategy is generally for BO1 play where I am assuming that mono red or aggro is very common. I generally want to see at least 2 lands with supporting colors for Gates Ablaze / Growth Spiral . Having Growth Spiral in the opening hand can lead to some explosive turns. Having Plaza of Harmony in the opening hand or early turns is a bonus for buying me another turn against burn. Gatebreaker Ram is amazing in aggro matchups and can also stifle early mono-red aggression.

The effectiveness of the deck depends heavily on sequencing and punishes significantly if the sequence of play is wrong. This is because this deck doesn't really take off till turn 6 and has to try to survive and stabilize for the first 5 turns before turning the game around. Knowing the meta well is key to increasing the win rate as it will help a lot with sequencing the right plays.

The GRN & RNA set introduces a bunch of amazing cards for guildgates support which makes this archetype viable for competitive play. The main glue of the deck is Growth Spiral which essentially removes the downside of playing CIPT lands. I'm also testing out a playset of Shimmer of Possibility to increase the reliability and consistency of finding the right lands or cards for the situation. I've included 6 sources of boardwipes in this deck to ensure that I will draw it early game. There's more in the sideboard if I were to pilot it in BO3. There's 7 sources of card draw which ensures that I will have superior card advantage over my opponent at any given time. The 1-of inclusion of Banefire acts as a late game uncounterable finisher especially in a stalled boardstate. Gate Colossus is insane against control due to its recurability.

The following sideboard decisions are based off of the current meta's popular decks in BO3 (2/25/2019):

5/1/2019: Major changes from splash to to test out +2x Liliana, Dreadhorde General and +2x Vraska's Contempt

WAR brings new exciting toys for me to try out. The white splash isn't doing it for me and I have been struggling with more and more matches in BO1. I've been testing Liliana, Dreadhorde General by splashing black instead of white and it has produced a much better result and increased my win percentage since I'm able to put in better removals like Vraska's Contempt and having additional sweeper like Cry of the Carnarium in the sideboard. God-Eternal Kefnet seems like a great inclusion as a one-of to supplement the Gate Colossus recursion engine to grind out control matchups. The ability to hyper-ramp with Circuitous Route or Growth Spiral is very spicy.