Eight Legs for my Eighth Commander

This deck theme song is Spider Dance, by Toby Fox (from Undertale).

Here's my personal take on a spider deck. I'm not focusing in playing tribal, maybe because I have too many of those... And because spiders aren't a strong tribe. I'm trying to abuse of Ishkanah's ETB trigger and activated ability. This means I want to achieve victory by the numbers, very much like using Overrun effects to take half my opponents life total and then taking the other half activating my commander. I could use this strategy in a big variety of other decks, but I always thought Ishkanah, Grafwidow looks cool. I think spiders should be much cooler and stronger, both in MtG and RPGs. 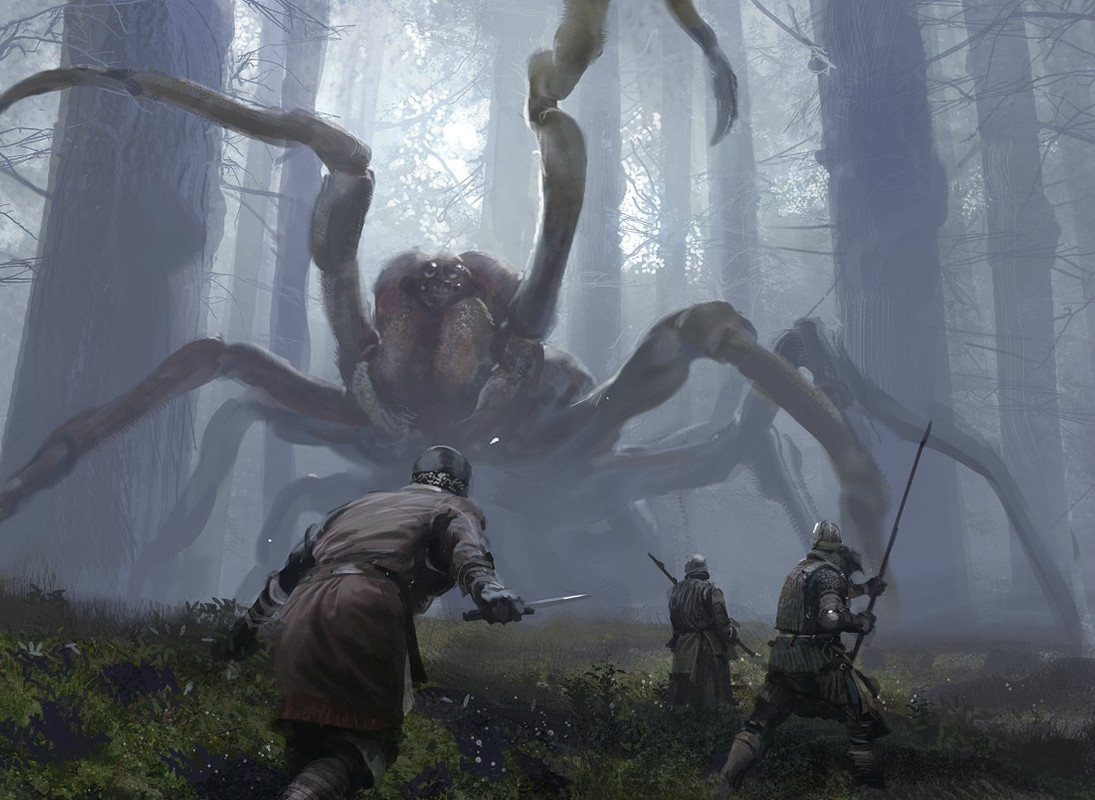 Ron Weasley would hate this deck.

- Delirium
About playing the deck, the first thing I want is to achieve delirium by turn 5. Or earlier. I mean, to have delirium online as soon as I can possibly play Ishkanah. For this I'm using a lot of early sacrificable permanents like Wayfarer's Bauble, Burnished Hart, Renowned Weaver, Vessel of Nascency and lands like Evolving Wilds, Blighted Woodland and even cycling cards like Ash Barrens or Jungle Weaver.

- Graveyard Recursion
Cards like Grapple with the Past and Sudden Reclamation are very good both because they help with delirium and because they get back a card from you GRAVEYARD, not from among the cards revealed. At instant speed. That's why I'm overlooking cards like Benefaction of Rhonas who're slow and rely on the luck of the revealed cards. Also, both green and black Confluences are good and versatile options.

- Mana and Ramp
Ishkanah's activated ability is expensive as truck. Ramping and generating mana is pretty much obligatory. Early sorceries like Far Wanderings and Cultivate will help both with the ramp and getting a early sorcery into your delirium score. Double points for Harrow in this matter! Then Cryptolith Rite, Boundless Realms, Zendikar Resurgent and Itlimoc, Cradle of the Sun will do the heavy lifting. The last one is specially good 'cause the commander already is/are four creatures, so it can be insta-flipped to a $400 worth cardboard piece like Gaea's Cradle!

- Commander's Arsenal
There are a few weird cards here just to test out how they interact with my commander, like Helm of the Host to have Ishkanah enter the battlefield, trigger the token spawning, and then have a backup body in case she's killed. In most scenarios I even sac the original just to play it again. Conjurer's Closet and Strionic Resonator are here for the same ETB thing, while Illusionist's Bracers are for her second ability. I even used a Blade of Selves at early tests, but it was cut out.

- Answers
Being green and black, you can destroy most things. Artifacts and enchantments? Krosan Grip. Creatures? Putrefy. Indestructible creatures? Wretched Confluence. Noncreature permanents? Terastodon. Any permanent? Beast Within. I know I should be playing a few more removals, mainly black stuff, and I'll try my best to fit them. I'm just a lil' sad about not having the space for some thematic flying-hate like Gloomwidow's Feast, Eaten by Spiders and Aerial Predation.

- Kinda Tribal
Then there's a small selection of the best spiders and cards to help them to be a better tribe, like Assault Formation, Door of Destinies, Vanquisher's Banner and Eldrazi Monument.

- Honorary Spiders?
Don't find it weird if you noticed a few nonspidery creatures. Terastodon is too good to be left out, I chose Skullwinder over Eternal Witness because it's closer to a spider with its higher toughness and deathtouch, and I literally used Acidic Slime to replace a Naturalize, not a spider. :)

- Card Draw
Finally, I have a small engine to keep going with Wretched Confluence, Lifecrafter's Bestiary, Vanquisher's Banner, Deathreap Ritual, Zendikar Resurgent and Grim Backwoods, kinda. In desperate times, Strionic Resonator can double the value of SOME of the above mentioned.

- "Something in the mist took John Lee!"
One fun thing about this deck that I discovered while playing is that it is unexpectedly resilient and tough to fall. Spiders make great blockers even against trampling damage, and I can run a lot of thematic fogs like Arachnogenesis, Druid's Deliverance and Terrifying Presence. xD

Upvote to give your opponents night terrors!

I submitted this deck to the Commander Vs. Series from Star City Games YouTube channel, and it was actually played by Jeremy Noel in S16E4! :D