Greetings fellow Hyruleans! It is I, King Zora Do Bon XVI!

Fellow Zora Ender666666 gave me a wondrous idea to build a deck reflecting my MTG avatar, The Gitrog Monster. Some may already raise their hands and say "Wait! That's a Frog! And you are a mighty Zora King!" Peace be upon thee, I say. We are not so different in species, and more importantly, there's no better creature that reflects my purpose in Hyrule, sitting mightily high atop the Zora's Domain, allowing all of Hyrule's water to flow through me.

That is the essence of this deck - Dredging. Wonderful mechanic in other formats, and now one that is truly strong in EDH. Lands come and go, my graveyard is but another tool I can manipulate and recover so that those wonderful lands can be spent once more.

Any discard outlet and Dakmor Salvage are the tools necessary to produce an infinite supply of land to flow through my deck and balls. Provided I, The Gitrog Monster am out on the battlefield, and not waiting for my dear Princess Ruto to return..

This Dredge Engine can be accelerated into with the help of other static Discard outlets like Putrid Imp, Oblivion Crown and Noose Constrictor or Chains of Mephistopheles. These can help dredge through our deck, netting us one draw from every additional land that hits the graveyard (that isn't Dakmor Salvage). Those draw triggers can be stacked and resolved sequentially once you've accrued enough to draw the remainder of your library. With each draw trigger resolved, you can then draw your entire deck, allowing you to pitch a land, then Kozilek to shuffle both cards into your library so that your library is simply 2 cards. You can continue to pitch Dakmor to mill these 2 cards, and you are guaranteed to hit a land in the graveyard, giving you an extra draw each time that land in your library hits the graveyard.

Once the engine is going, we can restructure the deck to contain: Kozilek and a Land, as noted above. This is an effective shortcut to save from having to churn through every card in the deck over and over. Since Gitrog's abilities use the stack, you can actually retain these Gitrog draw triggers on the stack while you're discarding Dakmor to your discard outlet. With those two cards in the library, you have an infinite and speedier mill. This makes casting (and recasting) your wincon of choice all the more easier. For the purposes of this list, we're aiming to infinitely recast Assassin's Trophy, blowing up all permanents on opposing boards, and eventually the basic lands that they get from Assassin's Trophy. War of the Spark has given us a few excellent tools to utilize: Emergence Zone is a way to make infinite green mana via looping Lotus Petal at instant speed, to help make the necessary mana for Assassin's Trophy. Additionally, it's a land to ensure we can cast the Gitrog Monster at instant speed. Finale of Devastation is an unbelievably powerful card, that lets us get a creature of any colour from your library or graveyard, with the novelty of a nice pump effect when X=10 or more.

Squandered Resources isn't necessarily a combo, but it is a tool to ensure I'm generating mana for the land I'm passing through my deck and balls.

This is not for the faint of heart; this can be a very pricy deck. As it should be; while all lands flow through me regardless of their type, I prefer the finest 2-ply class of land. Bayou, City of Traitors, Scorched Ruins, Lake of the Dead Wah ha ha! But I don't just give flippers away for free! I sell them for 500 Rupees a pa--*ahem pardon me, I was thinking of another time...

Expect a Bazaar of Baghdad to aide in this list as well over time.

Graveyard Utility Lands For My Consumption

The fetch lands are terrific. I get a trigger as they hit the graveyard, allowing us to draw before we search for the land we want.

Graveyard Utility Creatures and Spells That Help My Steady Flow

These wonderful cards help me utilize the graveyard, thin my deck, trigger my draws, and can recycle them all back into my deck once more.

Recycling Tactics So My Lands Cometh, and Goeth As I See Fit 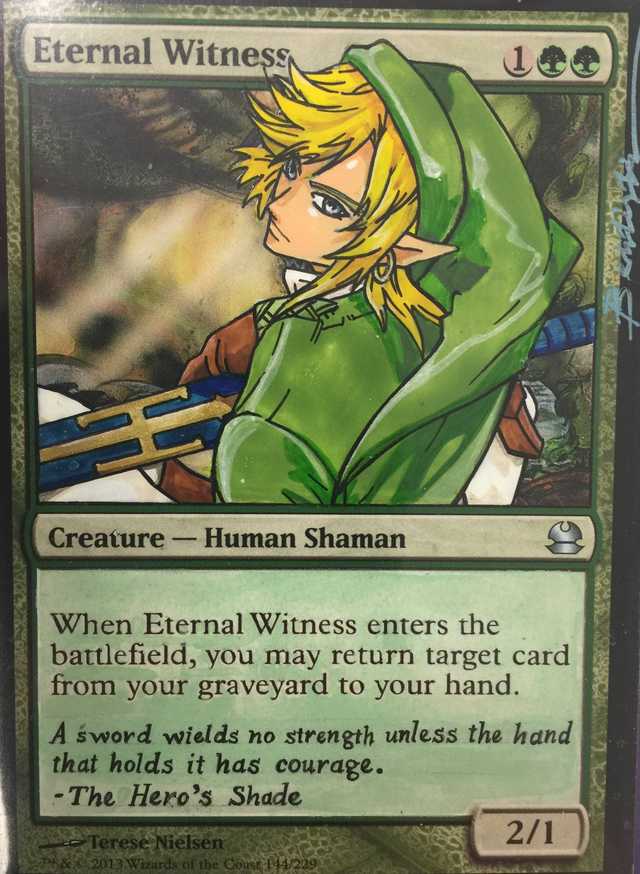 Thank you for taking the time to read this! If you're a fan of this, as always: +1

Adding Thoughtseize and Pernicious Deed for more interaction (Deed is a lot more effecient than Deglamer and Seeds of Innocence, and working with more tutors like Summoner's Pact and Sylvan Tutor.