Clone all the things! 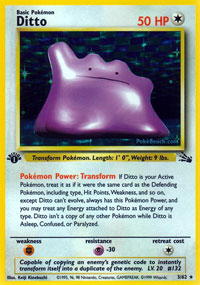 and his clone friends (aka "The Clone Wars") is a creature heavy (low legendary count) casual deck for EDH. Much of the power comes from plenty of ETB effects, and useful ways to exploit Volrath's ability to clone, but retain power/toughness values e.g. copying Invisible Stalker to become hexproof and unblockable while staying a beefy 7/5, or powering up everything by copying Cultivator of Blades for a massive pump to your board.

Our commander is useful, but not essential for the decks play, and all the Clone style cards will allow plenty of shenanigans copying the utility and powerhouse creatures that fit into the deck. There's also Soul Foundry and Mimic Vat to get extra mileage from the ETB stuff especially good with Clever Impersonator to effectively 3D print any non-land for 4 mana.

A nice selection of utility creatures are in the deck to help deal with artifact/enchant/creature destruction e.g. Noxious Gearhulk and Acidic Slime. In addition there's also a few good tutors to help find them in a pinch e.g. Uncage the Menagerie, Shared Summons.

Volrath loves things with counters on, and so do we, so in addition to his ability to add -1/-1 counters to things, we have a battery of other things that aid us such as Loyal Guardian adding counters to all our creatures, Forgotten Ancient, Roalesk, Apex Hybrid, Verdurous Gearhulk, Bow of Nylea, Curse of Predation, and Evolutionary Escalation,

There's plenty of upgrade potential if you pack the Â£Â£Â£, but as always this is based on cards I own, rather than the ideal deck cards. The mana base could certainly do with some improvement, as it suffers from quite a few ETB tapped lands.

Loyal Drake is back in, and Body Double is out (the doppelganger does its job, so at 5 mana the double gets cut).

Need to look into the instants a little more, feel like the deck lacks out of turn surprises.