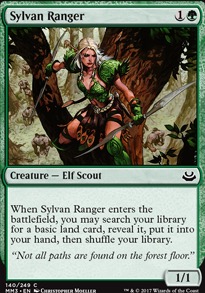 Hi, this is my take on a Xenagos commander deck. It is one of my very first commanders, and has been battle tested and hardened throughout the years. In terms of power level it is not competitive, but high powered and demands respect. I guess this is a primer of sorts, or at least me sharing my experience and insights playing this deck. Suggestions are welcome, revel hard!!

This part is mostly straightforward - you want to ramp early, cheat big creatures into play, get Xenagos to +X/X them, and swing sideways(Sometimes with a spell pre/post combat). Basically what Gruul is all about. The deck does not rely on infinite combos to win but can achieve them, due to the individual cards being good enough and synergistic with Xenagos on their own(see combo section).

Note that as a Xenagos deck you can take a player out very quickly, sometimes from a nearly empty board state. However it might not be enough to kill the rest of the table at the same time, so you will need to plan carefully and assess which deck is your biggest threat early on.

Acidic slime -> Bane of progress: Usually when I want to destroy something with the ooze there's more than one troublesome artifact/enchantment on the field. Another option: force of vigor.

soul's fire -> Nylea, keen eyed: On an empty board and early/mid game soul's fire is a dead card, where Nylea is possibly an indestructible creature that discounts creatures and brings me more gas post boardwipes + Plus flavor reasons :3 the Gruul god has both Purphoros ad Nylea at his command. Might test

Giant adephage -> new elder gargaroth: This beast comes way earlier and only slightly smaller, and draws me cards. Which is better? attacking with 12/12 and drawing a card/3 life/ 3/3 beast or 14/14 that creates a 7/7 that might create more copies?