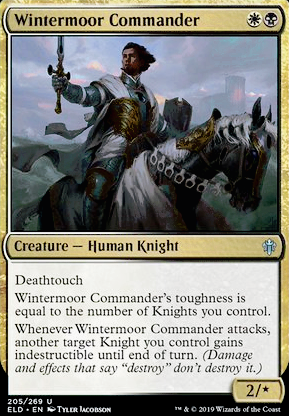 Wintermoor Commander's toughness is equal to the number of Knights you control.

Whenever Wintermoor Commander attacks, another target Knight you control gains indestructible until end of turn. (Damage and effects that say "destroy" don't destroy it.) 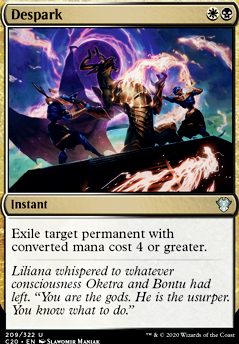 Knights of mardu
by Rylothian

You might want to fix the land base. Not that having 24 swamps is bad, but you could definitely add some more utility lands. You may want to consider Castle Locthwain. As you said, you won't be dropping life that often, so the drawback on this may not be as bad.

If you're really going for the Knight Tribal theme, you may want to add in some tribal cards to boost them or gain effects from them. For some of these, you'll have to splash white, but again, that's up to you: The Circle of Loyalty, Wintermoor Commander, Blacklance Paragon, or Knights' Charge.

I have a similar knight deck that is Standard legal. If you like flying a nice add with some added control is Ardenvale Tactician. I'm debating removing Order for same reason as you, as well as thinking of replace the 2x Acclaimed Contender as they are a little slower and lower impact that I was originally hoping. Some other good adds to look at would be Stormfist Crusader for added card draw (I often find myself with no cards in hand due to the speed of the deck) and Wintermoor Commander for the added Indestructible ability. Good combo is running Blacklance Paragon + Fervent Champion . Also using Syr Gwyn, Hero of Ashvale with various equipment cards makes for good buffing mechanics and helps recover from opponent creature destruction/control. Food for thought!!

Wintermoor Commander is another one that sprung to mind after my original post. He's delightful.