: Viashino Slaughtermaster gets +1/+1 until end of turn. Activate this ability only once each turn. 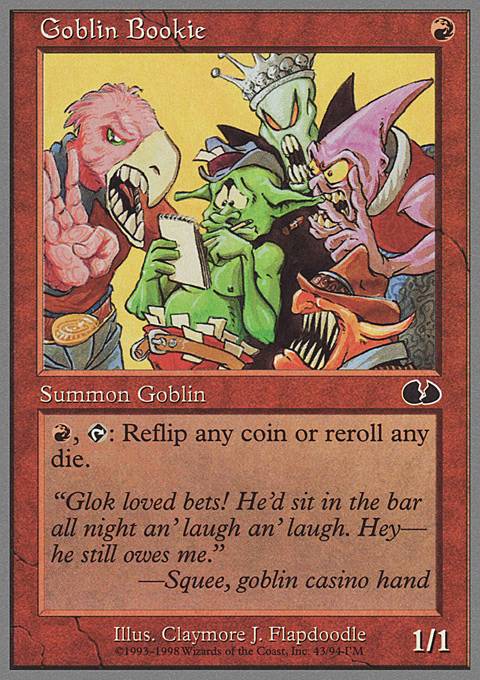 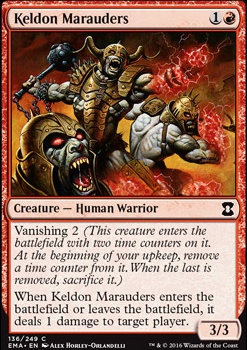 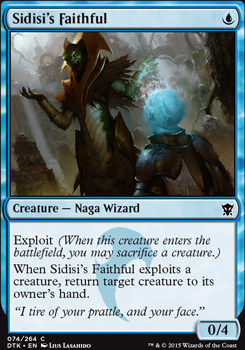 Boza I think this just puts emphasize on a failure point for Infect. It's simply too poor a mechanic because it plays on an entirely different parameter than most other Magic mechanics. Very few mechanics interact with Infect, for better or worse. You really have to commit to draw the most strength out of the mechanic and that makes it basically a turn 2-3 coin flip in many cases.

And as you say, the result is a very strict deck build, just to make it function on competitive level. This is a contributing factor to why I consider Infect a poorly designed mechanic. However because it can pull of turn 2-3 lethals with pump spells, the mechanic is not necessarily weak. It's just very restrictive and for many unfun to play against.

For Infect we have a land, a Elf and a 2 CMC Infector with the best evasion.

Those cards are pushed... and still the deck can struggle to overcome some of the counter measures against it.

Dare I say a third time that the mechanic is...

Any thoughts about some of these? Bloodhusk Ritualist (if pox is viable in commons only idk these are what i found in my search for a first pauper commander deck), Zulaport Cutthroat , Deathforge Shaman , Viashino Slaughtermaster , Curious Homunculus  Flip (monoblue tempo/control could be awesome with this), Olivia's Bloodsworn .

Gattison: There's always Viashino Slaughtermaster if you want a quick aggro deck. That's the way my Fencing Ace list runs, and it does the job pretty well.

ellie-is on Mutagenic Growth in RDW?

This deck, before anyone asks.

Someone suggested it a while back. I was wary of the suggestion, because as they pointed out, it's weaker than the other buffs I have in the deck - Built to Smash, Brute Force, and Titan's Strength - but comes with the obvious upside of not costing mana.

This deck is built around buffing either Viashino Slaughtermaster, which has double strike, or Kiln Fiend, which does what Kiln Fiend does, with Monastery Swiftspear and its Prowess ability for support.

I've been offered a playset of Mutagenic Growth recently, so I started considering adding it again. There are a lot of situations where it comes in handy, and it helps with getting more consistent hypothetical turn 3 wins. One of the biggest problems is that with this being monored, I do not have the option to simply pay as a stompy deck might. I also don't want to remove one of the other buffs, as +3 becomes +6 with the two main beaters of the deck, and +2 becomes only +4. Still enough to help get a lot of wins, however.

I'd love to get people's thoughts on this if possible. Whether or not this will really improve this deck, what I could remove to make room for it, or even just seeing general thoughts on whether the card itself works in non-green decks would be lovely.

I like Assault Strobe and Temur Battle Rage, and considered them while building the deck, but in the end I found that I liked innate Double Strike better than spell-induced one (even though Viashino Slaughtermaster is the only one that remained, as the others all cost too much mana, or in the case of Warren Instigator, cost a fortune in money due to an ability I wouldn't even be using). Those spells would make such creatures obsolete while only adding a couple more points in damage at best compared to the same amount of buffs per mana, even on creatures like Kiln Fiend.

As for evasion, I feel that right now I'm happy with Trample from Rush of Adrenaline and Menace from Madcap Skills (this last one, in particular, goes very well with creatures that already have double strike by themselves).

That said, I have seen Izzet lists focused on Kiln Fiend that run all of the recommended spells, including Distortion Strike and Artful Dodge and they're very good. But I'm trying to do things a little different, and, I have to admit, I added Kiln Fiend as a last minute afterthought, instead of building the deck around it like so many people do - because I really wanted to focus on the double strike instead and create something different/unique. When trying to do that you do often end up with something that is not as competitive, but I think it also has the potential for more fun, and maybe even some surprise wins against people who expect you to be running those similar lists that they've already memorized.

I'll think about Mutagenic Growth (though being on the upper end of what I'm willing to spend is weighing heavily against it), but might pass on the other spells for now. Right now I think what I'm really doing is waiting for Wizards to release more cool creatures with double strike that can fit into this (though if they release more Kiln Fiend-like creatures instead, or really good ones with Prowess, I might consider dropping the viashino and going to double-strike-by-spell route). But still, thank you very much for the suggestions, and if you think of anything else, please let me know!

Volvers are amazing, and my biggest MTG regret is that I wasn't around for Invasion block. I've looked back and seen what it had so many times, and every time I'm amazed at it.

I've always wanted to see WotC print more cards that aren't strictly multicolored, but have abilities in different colors. I love Volvers, Battlemages of all sorts, cards like Deadly Allure, Embodiment of Spring, and Viashino Slaughtermaster. If we ever get Legendary Creatures with a layout akin to Volvers, Battlemages, etc (and I don't mean Tasigur, the Golden Fang and the like), then I may actually find myself really attracted to EDH.

OK, interesting setup, looking to make use of going wide with power boosts and double strike. I can work with that. You're siting really high on the curve for modern aggro- most of the time 5/6 drops only get cast in control/ramp . They're awesome cards, don't get me wrong, but I'm not feeling them here.

If you want to go all in on the Boros Swiftblade strategy, you could do worse than run some Fencing Ace, Scourge Wolf and Viashino Slaughtermaster to really all-in on the strategy, backed by solid lifegain and protection (if you want to draw the game out) or Titan's Strength/Brute Force/Apostle's Blessing type voltron style. Usually the latter style is reliant on Temur Charm/Boros Charm to double strike out and is outperformed by infect, so I'll focus on the former, test a little and see if I can put together a list for you.

Markov Blademaster, Prophetic Flamespeaker, Spiraling Duelist, Savageborn Hydra and other creatures with double strike benefit from your equipment both because they deal more damage but they deal damage twice per turn giving you 2 triggers off of your equipment.

Although their abilities aren't super relevant in your deck, the only double strikers at 2 mana or less in your colors are Scourge Wolf. Viashino Slaughtermaster, Warren Instigator. I'd stick to the 3 cmc or greater ones for your deck.