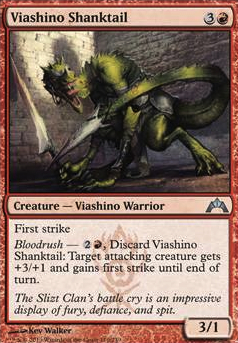 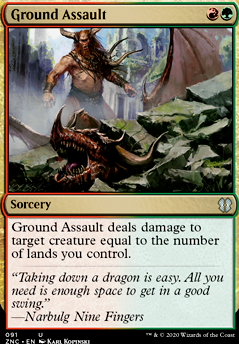 If you have problems with creatures, you can use cards with "bloodrush" as combat tricks, the chief being Viashino Shanktail which can lead to blow outs thanks to Flameblade Adept, or Hollow One being able to murder Wurmcoil Engine. (Rubblebelt Maaka, Scorchwalker are also worth consideration, and if you splash gree you get acess to Ghor-Clan Rampager.

Spitebellows gets around Stubborn Denial in decks, like Grixis death's shadow.

Cards with Bloodrush are the bee's knees in any werewolf deck. They're giant buffs for a cheap price and don't count as a spell so they don't cause your werewolves to go squishy. They fit in thematically, too; the pack's gotta eat something. My favorites are Ghor-Clan Rampager, Rubblehulk, and Viashino Shanktail