Whenever Urgoros, the Empty One deals combat damage to a player, that player discards a card at random. If the player can't, you draw a card. 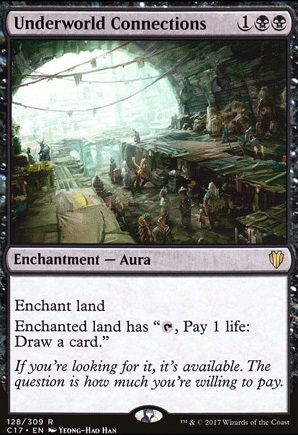 A Bitter Feud... - Urgoros, the Empty One EDH
by TheAmazingSteve

Urgoros, The Empty Hand
by Quicksilver 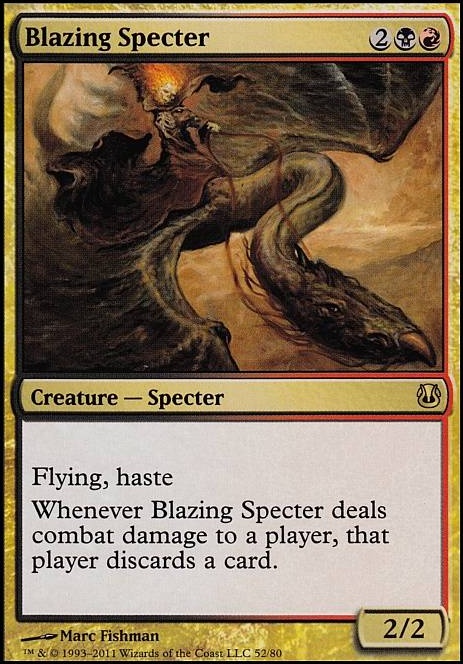 a discard deck i guess
by creature15 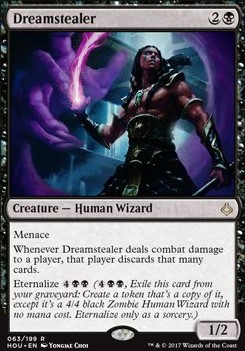 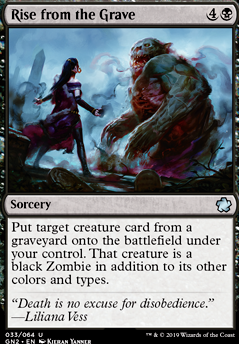 Urgoros, the Empty One Discussion

The Haunt of Hightower , Urgoros, the Empty One , Archfiend of Ifnir are pretty cool.

Also just this page in general will give you more ideas then you can handle in one deck.

You seem to really like card draw, so i'm surprised you missed Indulgent Tormentor !

This deck is pretty budget, but if you want a great comander draw engine consider saving for Rhystic Study .

If you are aiming to do some damage with AoE B Enchantments, consider getting Painful Quandary .

If you want to go a bit more discard route, how about Quest for the Nihil Stone , Wheel of Torture , Shrieking Affliction . (you'd need cards like Guul Draz Specter , Stronghold Rats , Urgoros, the Empty One .)

I feel like card draw is less valuable then you might think. At some point i wonder what it is you want to draw with your card draw, and why having card draw would be better than having said card in your deck. I wouldn't expect any card draw in a deck with your commander. If you'd have to make this deck without any card draw, what would it look like? What problem then, are you solving by adding card draw?

GL with your deck and playing mtg!

Something in your chimney... (DD: Crow vs Imp)

@ewok2000: At first I was going to say 'balance reasons', but then I thought that you might be on to something. I did a sweep on black legendary fliers and noticed Urgoros, the Empty One . It's not TOO strong, but has a nice all-time relevant ability and flavorfully fits. I'll test it out.

Have you considered swapping Urgoros, the Empty One for The Haunt of Hightower ?

Thank you for the explanation on Vicious Rumors and Ashiok, Dream Render , the choices make a lot more sense to me. I do see the graveyard hate of the Sentinel Totem as being worth keeping in the sideboard, as it helps shut down Rekindling Phoenix , Find / Finality , Pteramander , Enigma Drake , Search for Azcanta  Flip, and Arclight Phoenix , as well as the few jump-start cards you often see, such as Risk Factor and Chemister's Insight . This feels like a really nice variety of targets for what is, as you said, an extremely low opportunity cost to play the totem. I'm really skeptical about Urgoros, the Empty One as a finisher, and if you're just playing him for flavor/as a pet card, you can skip the rest of my spam. Otherwise, he seems really weak as far as dimir finishers go. While drawing one/making your opponent discard is fine, six whole mana for a 4/3 flyer seems extremely vulnerable to a vast multitude of commonly played removal spells like Lightning Strike , Lava Coil , Kraul Harpooner , Collision / Colossus , Vivien Reid and Shivan Fire as well as other, more niche spells like Skewer the Critics . As a comparison to Urgoros, we can take the new God-Eternal Kefnet . Kefnet not only dodges 3/4 damage burn removal, but also comes down much earlier while also dodging exile effects like Vraska's Contempt , Conclave Tribunal , the aforementioned Lava Coil and other sad endings your game-ending threat could meet. To top this, Kefnet provides an identical clock to Urgoros, with the added advantage of letting you rip discounted sweepers/removal off the top to stabilize a board in the midgame, or use a draw/targeted discard spell for some tasty card advantage. Alternatively, if you find that you don't need Kefnet's resilience due to your ability to protect Urgoros, I think Doom Whisperer is a stronger contender for the slot, as he lets you keep surveiling to spam fake news and sift out poor topdecks/flood. Doom also has the relevant addition of greater p/t, granting your finisher a speedier clock as well as incidental resistence to many of the previously mentioned removal spells, all for a lower cmc than Urgoros.

Tyrant's Scorn and Narset are interesting. Scorn is a card i'll definitely play over a moment and a cast down. Totem is better than ashiok as the opportunity cost is smaller with the scry 1; there's not heavy-gy deck in standard so I'm even thinking about just removing it. Vicious Rumors is just not good anough since you're spending a card to get rid of the opponent's worst card (and you're spending a mana). Burglar rat provides a body so it's at least a 2-for-1 (even then, I'm thinking about cutting it). Urgoros, the Empty One is good because it gives us a big late game threat that just wins if not dealt with.