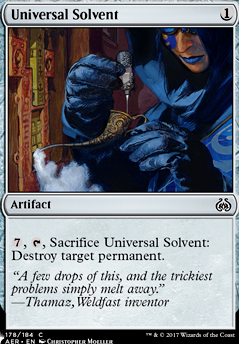 When All else Fails, Blow it Up
by TriusMalarky 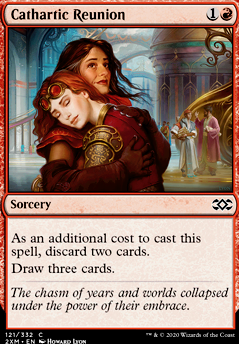 Pauper Artifacts or How to Combo 26 Different Ways
by CallMeYord

whenever another artifact with a converted mana cost of 1 is put into your graveyard from play, you may pay . If you do, return it to your hand instead.

to pair with Universal Solvent, the old D&D combo

make another card based on a RPG

Just for future reference, you can surround a card's name with double brackets, "[", in order to link the card image to it. You can do this sitewide.

To your question though, you can respond to the activation of Universal Solvent, but the Solvent will be gone when you do so. In all activated abilities, there is a colon, ":". Everything after the colon are the effects. Everything prior are the costs. In order to activate an ability, you must pay all the costs associated with it. For the Solvent, that means paying Mana and sacrificing it, so it would, therefore, not be there after the ability is activated.

This is often a problem with Tormod's Crypt. There is very little you can do to get rid of it once it's on the battlefield since your opponent can be activated whenever, and it will take your graveyard with it.