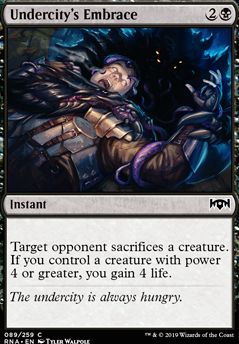 Target opponent sacrifices a creature. If you control a creature with power 4 or greater, you gain 4 life.

Syr Konrad The Grim
by m_smith13 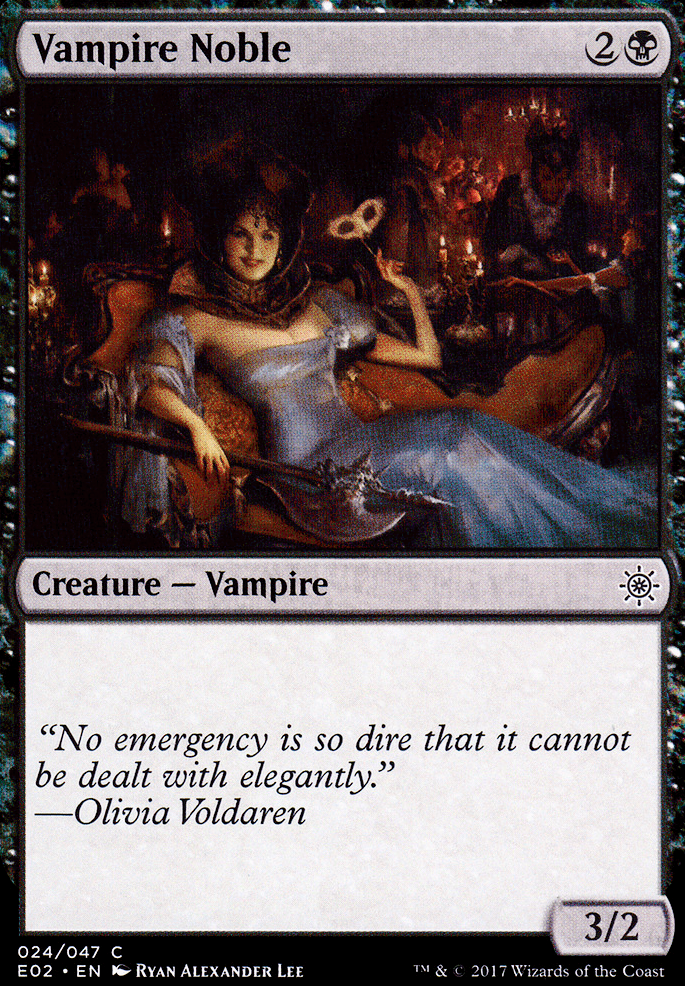 I honestly would try to make the deck more control focused in the early game and then switch to beating them to death with your flying demons with trample later in the game. So this would mean having cards like Moment of Craving , Lava Coil , Bedeck / Bedazzle , Ritual of Soot , Golden Demise , Vraska's Contempt , and Bedevil to keep the opponents board under control. Cards like Scorchmark , Bladebrand , and Undercity's Embrace are not the cards you are going to want to use because, well quite frankly they aren't very good. Bladebrand is effectively a 2 for 1 trade for an opponent's creature at the cost of your own. Sure it draws you a card but you used 2 cards when one would suffice. Do you want card draw or removal? Scorchmark is just a worse Lava Coil . Undercity's Embrace can be alright but The Eldest Reborn is just better. Sure embrace can be used earlier but what do you need to kill early on that requires the opponent to sacrifice it? Carnage Tyrant ? Well, that doesn't typically come out on turn three anyways and if it does they've got 3 other creatures to choose from. Bedevil is just a better 3 mana kill spell to put in this spot.

Sorry if that sounded mean/ranty but I really didn't mean it to be, I just think that there are better choices to be made then the ones that are currently in the deck. I'm glad someone is trying to do a demon deck as I want to do the same, but sadly there just doesn't seem to be enough out there for a tried and true demons focused creature deck. At least in my opinion. I hope this was at least somewhat helpful.