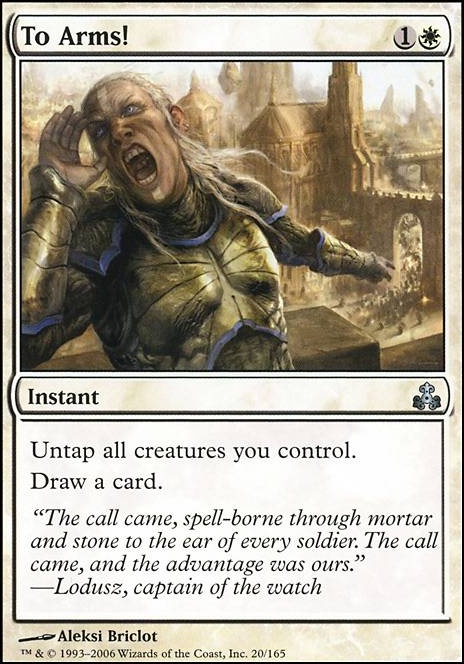 A Lovely Lady and Her Axe (Selvala Storm)
by Anarrandir

Oh also Lapse of Certainty and Glorious End are fun with sunforger. Glorious End is particularly interesting because you can respond to its end-step trigger by, well, recasting Glorious End lol.

When it's down to 1v1 you can lock your opp out completely by looping Glorious End. Toss in a Rings of Brighthearth and Magnetic Theft, and with enough mana (12) + a loop engine (Unwinding Clock or To Arms! could help here) you're locking out all opponents.

Seething Song is another fun Sunforger target. Makes infinite mana possible in the right setup. It requires something like Gemstone Array, Prismite, or Signpost Scarecrow if you want though.

If you realllllly wanted to focus on sunforger, you could rework the deck to have Zirda, the Dawnwaker as a companion. Makes Sunforger cheaper to equip.

Kiora, Behemoth Beckoner feels like it might have an alternative place in a list which runs some kind of creatures (likely Zacama, Primal Calamity ). Nissa, Vital Force , Kiora, Master of the Depths , Ral Zarek and Nissa, Who Shakes the World face similar headaches.

Unwind targeting your own opt or similar is a cute option. Underworld Connections lets you stabilize draws off of land untapping.

Some taking turns pieces are interesting - Karn's Temporal Sundering lets you answer a Deafening Silence then go off. Shreds of Sanity is interesting recursion. Growth Spiral is instant speed ramp, which is nice when you are holding up countermagic.

There is an alternative path where you look to animate the land then untap creatures you control, but I'm not sure there are enough To Arms! effects in pioneer to make the vulnerability to creature disruption worth it.