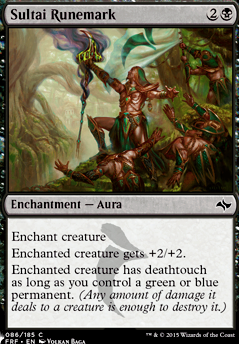 Enchanted creature has deathtouch as long as you control a green or blue permanent. (Any amount of damage it deals to a creature is enough to destroy it.)

Death is at your door, and he's challenging you.