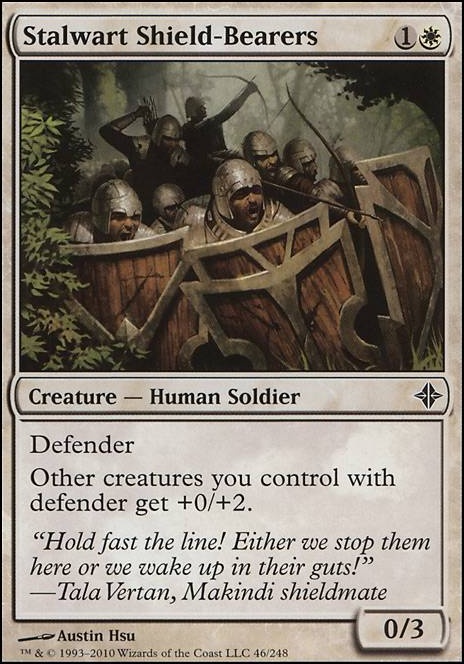 Other creatures you control with defender get +0/+2.

Stalwart Shield-Bearers occurrence in decks from the last year 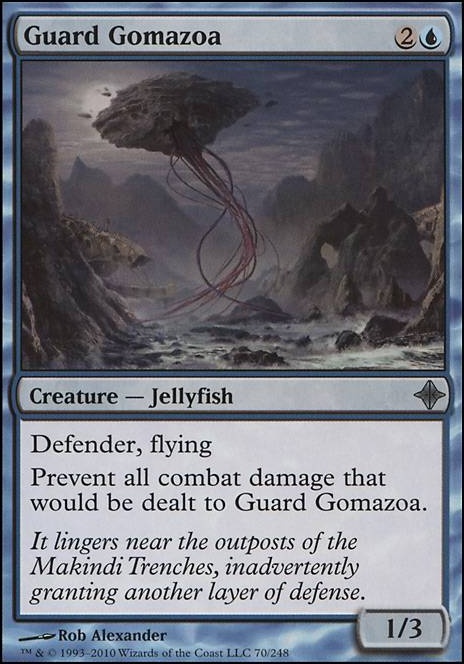 To be honest, for Modern, this is low on one drops. I'd probably run Perimeter Captain Dragon's Eye Sentry or Stalwart Shield-Bearers to give you more options on turn 1. High Alert might be a better backup plan than Assault Formation but there isn't much in it, it's certainly worth testing. People do play Twisted Image which is more or less a kill spell against your deck. I think you need to fit a protection spell in Heroic Intervention or Simic Charm would work.

Fortunately no-one plays Mannichi, the Fevered Dream , as this is essentially a board wipe against your deck. On that note, I hope this comment was helpful, good luck brewing your deck.

Nice to see a new player to EDH, if you ever have any questions just ask.

I have a few preliminary suggestions for you.

Taking advantage of the 0 power of your walls is a must here (so avoiding things that give your walls +1/+1 is advisable. Rather, go for effects like Stalwart Shield-Bearers instead).

Giving your walls vigilance (and other things) is a powerful thing to do from my experience.

I have a lot more to suggest, but I'll hold them unless you have specific ideas you are looking for. I also have my own Arcades deck that I have built that I would highly recommend looking at.

All it Takes is Strategy (EDH Tribal Series #17)

I hope that this is of some help! Again, if you ever have questions just go ahead and ask me on my profile; I will do my best to help you.