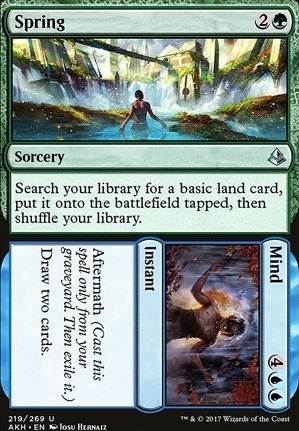 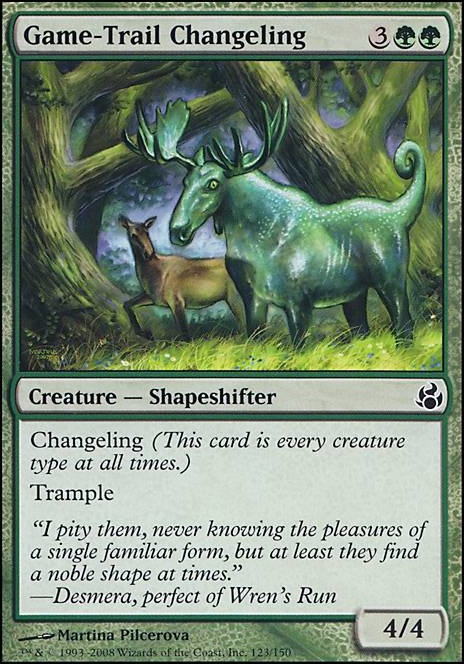 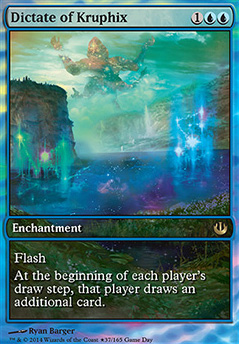 Leave all this silly fixing with lands to colors that don't know how to ramp and color fix.

If you are willing to spend a bit and don't mind to play creature ramp:

Counterspells are bad in maelstrom. You never want to see them from cascade, its the worst. Or at least play counterspells with some alternative upside. Also, 4 mana counters mostly suck.

Also, some cards are mostly useless

i'd take out Crucible of Worlds and Wayward Swordtooth for two The Mending of Dominaria and add Vraska's Contempt, too, and switch Grow from the Ashes for Spring // mind
My list is quite similar and doesn't have Llanowar Elves, i don't think they're needed in this deck.

Lands for the win

Jadelight Ranger, Merfolk Branchwalker creatures with explore so you can filter you're draws

Sylvan Awakening turn all lands into 2/2 creatures with indestructible, Reach and haste

Grow from the Ashes a Rampart Growth with a kicker cost which makes it a Hour of Promise but with no zombies thou :(

You also would not be able to cast another Spring you found, because the one in you library would gave a cmc of 9, which is not less than the x=3 from the first one.

If I cast Spring with an active invocation, would I look at 3 or 9 cards?

I am not sure how the interaction with the new rules work?

I don't see where I mention ramp, although I've debated throwing Spring or even an Inspiring Statuary, which I like more because it can be cast off of Yahenni's. Yahenni's is really only there as a four mana board wipe to be honest, it does occasionally cast Supreme Will, but I originally thought it was just better than Bontu's Last Reckoning, one reason being that it makes a token that then survives the board wipe, but I think I will move towards testing and using Bontu's. Rishkar's Expertise with a Metallurgic Summonings in play on turn 6 has never lost me a game yet, although I've only pulled it off 3 times. There's a reason it's a one-of though, and I often side it out, especially if my opponent is blue and I know they are siding into counterspells. I think I've had it countered one time in a game one, and significantly more after game one, so it's definitely high on my list to side out, especially when siding in other 5+ mana spells. I've honestly only cast Nissa, Vital Force once so far (in six matches), so I'm not sure yet. the one time I cast her was in a matchup against a Revel in Riches deck where my opponent was at 7 life, when I had two 1/1 constructs, and I was fairly sure I needed to kill them that turn, or they would have a good chance of winning in a couple turns, I had like 25 cards left in my deck, so I Supreme Willed into Supreme Will into Nissa, cast her, and swung for exactsies after Fatal Pushing some two-drop pirate. So if we want to misrepresent data, she has a 100% win rate, but in reality I need more testing.

Thanks for the interest, throw me any other questions you have!