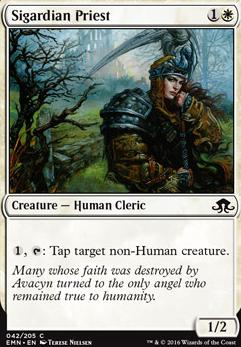 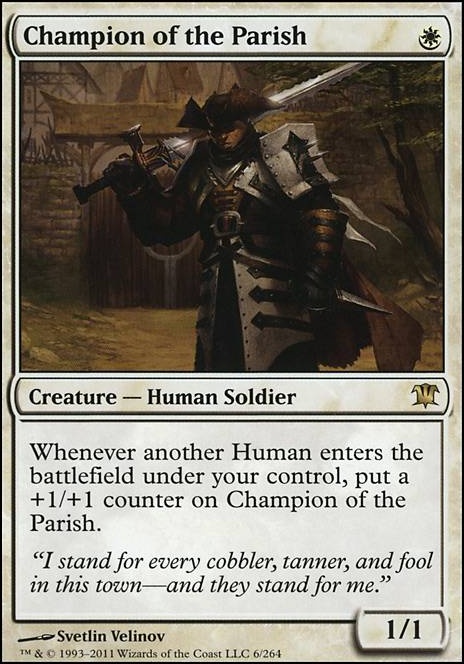 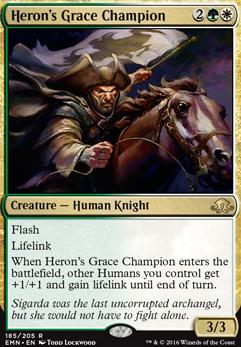 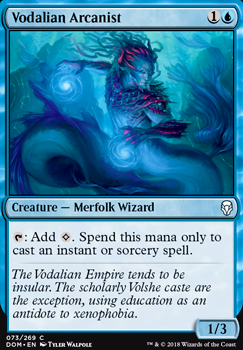 Church of Ayli
by aureliotg

Oloro_Magic on Cards that hold a special â¦

I just made a deck very similar to this. I do see Sigardian Priest but maybe you could look into Devout Chaplain or Fiend Hunter or Ulvenwald Tracker for a bit more control.

Hey, I would also like to see you get the pushes you need so I'm sure something can be worked out. Off the top of my head I also am looking for a Spellskite (market right now is close to $14 I believe), Spreading Seas 1-3, and an Inquisition of Kozilek. I am also interested in most allies so if you have any more unlisted I'll probably want them.

If this still isn't possible I would be fine with trading the second push for value as I need the Urborg.

Oloro_Magic on I own every Chandra

I own an unhealthy amount of Sigardian Priest's simply because it is the best card and when I play it my opponent must fold.

Thanks for the ideas stewa238. This deck originally had Gryff's Boon in it (as well as Smuggler's Copter before the ban), but was removed to make room for removal spells. While I certainly agree that having some flyer support would help with this deck, the removal spells do just as well. Also, having Sigardian Priest to keep an opponent's large creatures tapped down also helps.

I like the Odric/Angel theme - and you stuck to it. A handful of angels early in the game could be a problem. I would prefer Thalia's Lieutenant to Sigardian Priest - you have enough humans to get a reliable boost. ....+1

Have you considered swapping Sigardian Priest for Thraben Inspector to bring the mana curve down a bit, or Aerial Responder for more juicy (and reliable) keywords with Odric? Flying certainly can help with getting over 1/1 Servo walls.

Another consideration is perhaps Skeleton Key as a 1 or 2 of for skulk; taking out 1-2 Neglected Heirloom  Flip.