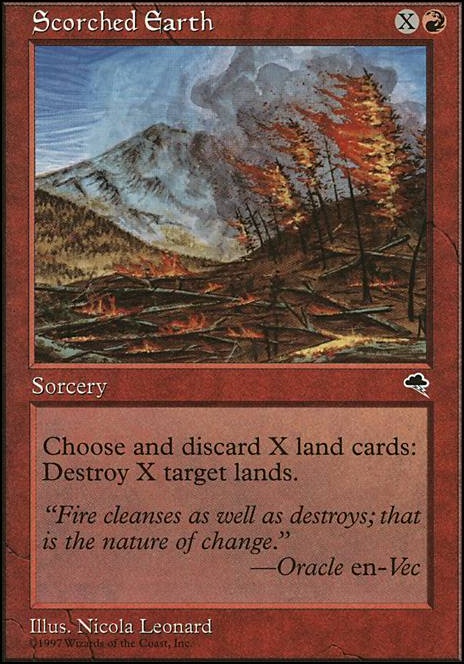 Phylath, Slash and Burn
by Cynic67

Because I hate when cEDH is the ONLY meta
by timeforgulag 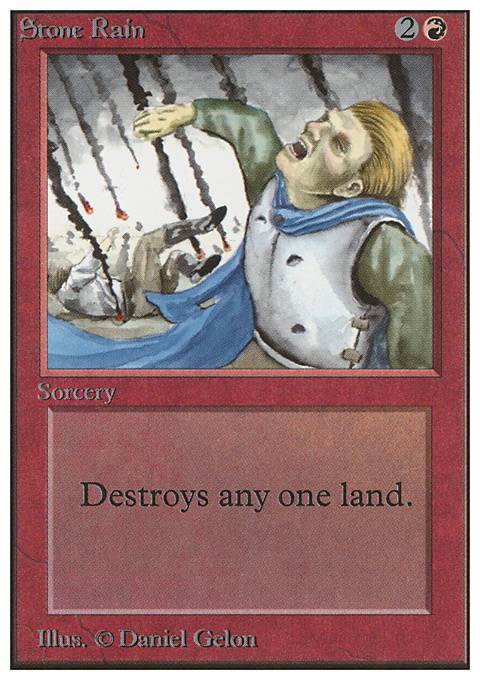 I could be wrong, but I suspect Volcanic Island is well out of the price target for this deck, or it'd already be in their I would think? I agree Lightning Bolt should be kept for sure.

As to Goblin Guide, it is a combo, but it's not a perfect one, as it's dependent on your opponent's deck. I think if he's very serious about that combo, he should consider some land destruction, which keeps a fat hand, but it's meant to be a blow among many, and one that can start hitting very hard very early if you draw so-so and decided not to mulligan, hoping to topdeck a decent card.

TBH, Black Vice works well when the opponent can't play well, so it could be classified as 'win more', meaning it won't help you at all if you're losing usually, only when you're already winning, but it can still turn games to his favor he wouldn't have won otherwise. I think if he's playing casual, this is totally fine, but if he wanted to take this to a tourny, he should consider a change.

Note, red has some very nasty land destruction, if you think you might want to include some, ranging from Raze to Scorched Earth , which can keep their hand very full, and since the guide and vice are cheap, and you can build a very low mana cost red deck pretty easily, this can work quite well too, for a less casual build.

I wonder if you might consider a Kudzu or 2. They can backfire a bit, but with 4 black vises, I would think it wouldn't matter if you lose a land or 2, as long as they lose 2 or 3, more so as you have some mana dorks to help make land loss less painful.

Raze might also be interesting as you've got both dorks and lots of other land destruction. Scorched Earth might even work for you, but that'd be a 1 of I'd think.

Thanks for the suggestions, I like the combo. If I get my hands on some Scorched Earth, I can fit some in. Life from the Loam is just out of budget for this deck.

this might be a nice card to throw in. also maybe Life from the Loam to get lands back into your hand.

With that out of the way the deck looks nice