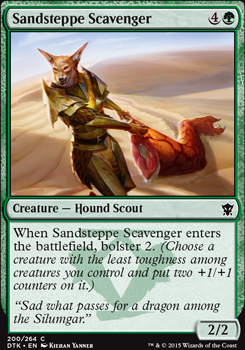 When Sandsteppe Scavenger enters the battlefield, bolster 2. (Choose a creature with the least toughness among creatures you control and put two +1/+1 counters on it.)

Mowu goodest boi to all
by Thimbrethil 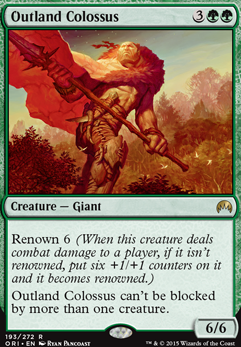 Walking the Sahara Desert
by TheBawzzett 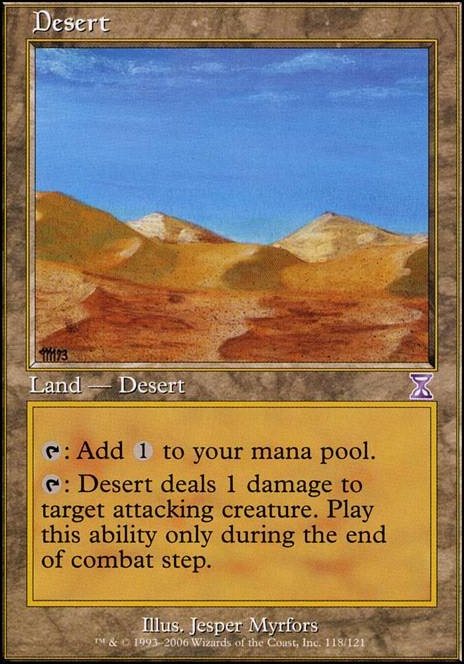 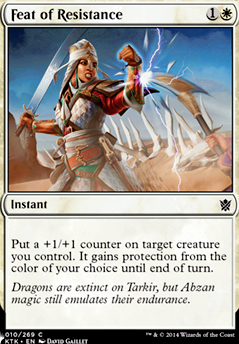 Have you tried Conjurer's Closet + Sandsteppe Mastodon or Sandsteppe Scavenger instead of the Mastodon to make all those weak creatures bigger every endstep. Also Increasing Savagery will do the same, and its flashback is stupid (12 1/1's is kinda annoying to deal with).

I don't have a Hornet Nest as of now, but I think I will keep the beetle for now since it is a 1-drop that gives me an xp counter and a creature a +1/+1 counter. I can drop it onto Ezuri and have my Plaxcaster Frogling protect him. Hornet Nest is definitely going in, but I am going to take out Sidisi's Faithful or Sandsteppe Scavenger for it for now at least.

There and Back Again

Wow I Love The Idea Of This Deck! I Always Thought Roon Was Meant To Get Rid Of Enemy Threats. But If I May I'd Suggest Cards Like Sandcrafter Mage, And Sandsteppe Scavenger.