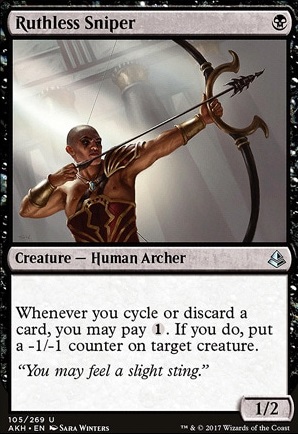 Whenever you cycle or discard a card, you may pay 1. If you do, put a -1/-1 counter on target creature.

Snakes on Bikes
by ElphintheRaven 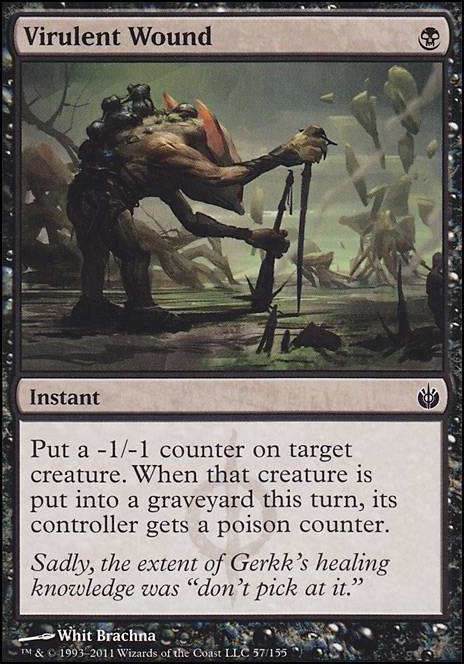 I like the Psychosis Crawler effects with Shadow of the Grave as well as the Worldgorger combo dumping madness creatures with Anje.

Squee, Goblin Nabob and Bone Miser were mvp, I'd put them back in.

Here are a few more:

Faith of the Devoted

Interesting deck, I think you should go lore down the efficient discard route than the Minotaur theme.

Maybe cut some of the common Minotaurs and replace them with some other options in your sideboard that would be more valuable? Iâm not sure, Iâve been trying to build a v similar deck for a long time and have always struggled to make it click! So maybe Iâm not the best to listen to!

This deck looks sweet, I want to build it...

I love the Ruthless Snipers in the sideboard :)

Turn 5, if you don't miss a land drop, you could cycle at least one thing and return it to your hand, as well as activate Faith of the Devoted or Ruthless Sniper. That's not to mention the multiple 5-drops you have to play, so even if you don't have anything to do you should have something to do.