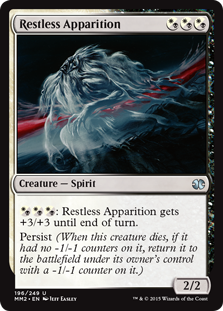 Ghave The Persistent
by Mwtech

Lurrus is Tiny
by Yasteen 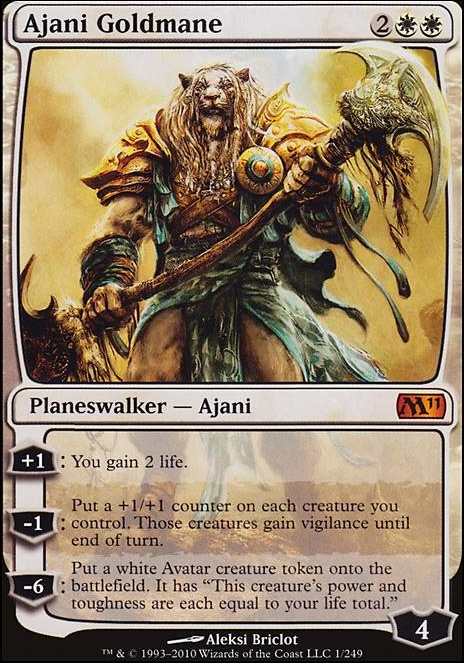 shadow63 on The Spirits of Orzhov

hjaycee on The Spirits of Orzhov

How about Geralf's Messenger? I know, it is what every other black devotion deck plays, but it's resilient to removal and brings some nice devotion. Restless Apparition could also do as a 3-drop, for pretty much the same reason.

Cranial Extraction is not really what you want, I think... the mana cost is too heavy for it to be effective in most games.

Not sure that Desecration Demon is a 4-of in this deck. Is it something you always want to draw, also in multiples?

Don't wanna read about the idea behind the deck? Take a look at the deck and tell me how you would thin it down to 60 cards.

I made a post more than a week ago asking for help with refining a modern mana/angel deck.

After thinking about it for a while, I decided to partially go a completely different route, and break up the base for the deck a bit more.

This is the deck how it is now, but since the concept im thinking of is so different, I think I will post it as a seperate deck, and refer to this deck as the more defensive variant (will still get some tweaks though).

The whole idea of this deck is to create as much mana as possible with extrplanar lens and Nykthos, Shrine to Nyx. And with every modern white deck, it runs 4 Path to Exile.The main problem for a lot of years has been that the deck took a while to get online, I think I found the perfect answer for this:

Creatures with the level up ability. It provides a creatures for a relatively low amount of mana, and will scale later into the game based on how much mana you have. The cards I want for this deck are Student of Warfare and Transcendent Master.

For some extra early game power (since a big number of modern deck play for an early game victory) as well as some protection for my creatures once the get big, I want to play Spellskite and Eight-and-a-Half-Tails. The latter can protect all my permanent in the late game, as well as making them unblockable. Also works well with Spellskite since I can change all target of burn spells to Spellskite, and after that make Spellskite get protection for white and make al spells that target him white. (Checked with judge, is possible).

The last card of that list Restless Apparition is a new card that I really would like to test, works well with a lot of cards in this deck. A good mana outlet that combo's with Rogue's Passage and 3 devotion to Nykthos, Shrine to Nyx.

Those are 29 cards, which is just too much.

Except for early game cards, I also have late game cards, and just straight out mana sinks.

For the late game cards, I was thinking of this:

Only 11 cards, but maybe some can be cut.

So how would you thin this deck down to 60 cards? Do you think it has any potential?Any thoughts, ideas, or suggestions are greatly appriciated!

Restless Apparition will work with her nicely. Replaces itself and you still get the Token. Plus it's a pseudo-shade.

You're running low CMC, so not sure you'll want to go with Deathpact Angel. Same idea, replaces itself with a White/Black token, gives you a White Token, and then can be brought back on your next turn.

Westvale Abbey  Flip also works late game. If you don't need the creatures for Teysa there's a nice Demon on the other side.

You Wont Need Life Where We Are Going

If I may offer up a suggestion, you could run graveyard recurring creatures in place of Darien, King of Kjeldor to have them sac and then reappear back onto the field.

Well, to start you have no lands. Lands are kinda important, as they let you, you know cast spells? :) Anyways, you are very, very creature heavy, and many of these creatures do not inherently help "Ayli" plan, or are "filler" creatures, that don't do much of anything. You have very little card draw, like none at all, so add thing like, Mind's Eye, or my favorite, Read the Bones, so you don't end up top-decking. Alright, so, now I'll give a list of creatures I think you should cut; Blind Hunter, Butcher Ghoul, Blistergrub, Carrier Thrall, Doomed Traveler, Dross Harvester, Exhumer Thrull, Gavony Unhallowed, Lingering Tormentor, Mausoleum Guard, Mistmoon Griffin, Necroskitter, Restless Apparition, Shambling Goblin, Soulcatcher, Summoner's Egg, Swarm of Bloodflies, Twilight Shepherd, Vish Kal, Blood Arbiter, Screams from Within, Seize the Soul, Benediction of Moons, and Cry of Contrition. Oh, and I want to reccommend EDHREC.com to help get the creativity flowing too. Hope this helps, and tag me or message me if you want more advice.