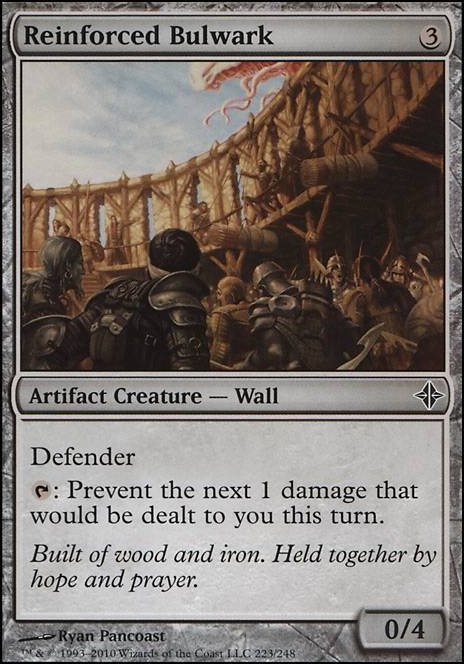 Tap: Prevent the next 1 damage that would be dealt to you this turn. 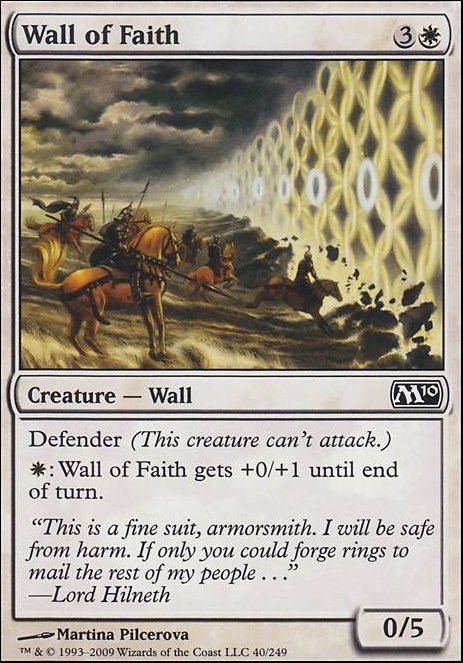 Tap lands like Dismal Backwater or Jwar Isle Refuge can go. Here's some lands you don't have listed that are good in my opinion Sunken Hollow, Watery Grave, Tainted Isle, Sunken Ruins and Ash Barrens.

Tunnel Vision can be a funny combo with things like Junktroller, Hinder, and Spell Crumple.

I feel like the defender route can be... alright but with dimir you might as well just have good useful creatures that so happen to have decent toughness... also I feel like Jace, Vryn's Prodigy  Flip, Oona, Queen of the Fae, Thunder Wall, Wall of Spears, Reinforced Bulwark, and Psychic Membrane are either don't fit or you can find something better.

Well I don't want to destroy the wall tribe you got going here as that is kinda neat but here is what I would take out:

good walls but some of them have too low toughness or just don't really help you do anything. Best way to know what to take out though is to play the deck and mark the low impact cards.

currently heartless hidetsugu is a win-condition if you have haste, one of it or Pestilent souleater caged, quicksilver elemental caged, and resolve Mairsil caging the missing piece of hidetsugu or souleaterYou use quicksilver to get around the once per turn clause, pay phyrexian mana until you are below 19 life, and if your opponents are NOT @ or below 19 life, you activate the hidetsugu ability with infect and everyone gets at least 10 poison counters, except yourself who gets 9 or less.Otherwise you need to throw in a copy of Wound Reflectionor Glacial Chasm/Orbs of Warding/Panacea/Pentagram of the Ages/Reinforced Bulwark etc. + Dictate of the Twin Gods/Furnace of Rath etc.

Had this idea for a sample encounter: THE WALL

"While continuing on in my travels, I came across this wall. Daunting and strong, like an immortal testament that no living thing should pass this way. I will never know how long I would have stared at its magnificent structure because not long after arriving, I was attacked by its ancient guardians. Great steel gargoyles, breathless, yet alive, fell from the lofty heights and crashed to ground below. As the earth shook, I thought it was from their impact. I wish that assumption was correct, but it was the protective spells from unknown magic that caused the thorns and forest behind me to come alive. The malicious energy surged all around me as I realized my great predicament. I was trapped on all sides. The wall in front, the gargoyles to the sides, and the magical barrier of plants behind me... there was no escape. I would have to fight."

Warden of the Wall

So, the concept here is that the Player runs into a barrier, I guess Steel Wall, and needs to get past it. However, there are security measures like Wall of Tanglecord created from a protected hex and Reinforced Bulwark as support to help keep people out. There are also special Gargoyles like Warden of the Wall, Manor Gargoyle, and Darksteel Brute. The wall is trying to keep them out for a reason.

The Darksteel and indestructible theme come out in the treasures. The Darksteel Ingot and Darksteel Mutation are drops from Darksteel Brute and lead to a side quest. Mortal's Resolve is a spell that came from the experience they received from fighting.

SPECIAL TREASURE: (not a card)

One Ebon Steel Fragment -- The idea here,I guess, would be an 11 part long string of encounters. Each victory grants one of these fragments. Once all 11 Fragments are collected, the player can choose to bind the fragments together to make Darksteel Colossus for themselves. However, if they received a "Corrupted Steel Fragment" from a specific encounter, they can choose to combine it with the other 11 fragments to create Blightsteel Colossus as a secret boss fight with tons of rewards.

I'm just throwing ideas out as they come. My concept for this put out very hurriedly

Ghostly Prison rather than Norn's Annex and perhaps Brave the Sands instead of High Ground as it gives also your tokens and abominations the chance to block.

Also I see no reason why you should not have a Greater Auramancy at least in your sideboard as both your win conditions rely on enchantments.

Also you have no answer to any mass removal like Wrath of God so I'ld add a Reveillark as it basically gives you back each and every creature you play.

Reinforced Bulwark can also protect you from spell damage, and from damage coming from hexproofed umblockable creatures and goes well with the deck.