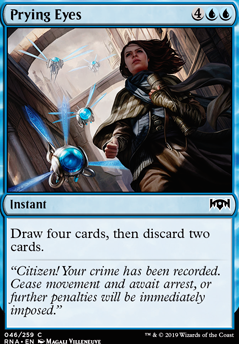 Your Mind is my Milkshake (WIP)
by EmberNeo 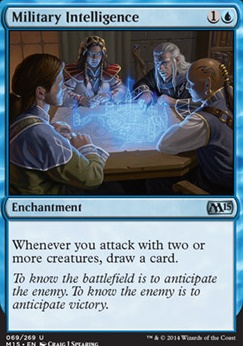 Oh, there's a new set out. I think I'll add Growth Spiral for sure. Not sure about other options at the moment, maybe Shimmer of Possibility ? What else? Sagittars' Volley , Quench , Prying Eyes all look decent. I'm interested in the Adapt mechanic, but I feel like I'm basically rebuilding the whole deck at this point if I start considering finding spots for creatures with that mechanic. THEN I'll have to change the name of the deck and what's the fun in that?