At the beginning of your upkeep, if there are four or more creatures in play, sacrifice Planar Collapse. If you do, destroy all creatures. They can't be regenerated. 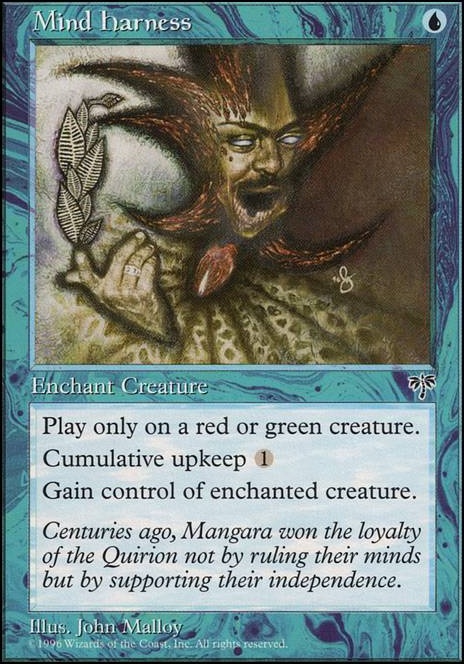 What do you think about Planar Collapse as a repeatable sweeper?

KayneMarco: This is true but I just want to consistently get my land drops. For now I will take out Open the Armory . However, i'm starting to lean towards the idea of taking out Planar Collapse instead. I love this card for the lore and also it kinda forces everyone into a slow start. I'll want to play this deck with some friends because I haven't played with the deck updated.

vault_cz yes, arcane signet is already in my real deck...I have yet to get dance of the manse and hushbringer, which both seem to be important as well. midnight clock is interesting but there's already little space in the deck, so the question is if there's anything worse to cut? I probably overestimated Flood of Tears because in the games I had it, it either brought me ahead more than I already was, or it sucked because I wasn't enough ahead to profit from the free drop (I think the arcane signet went in for that now). Sphere of resistance got dropped somewhere along the way when more and more one sided stax pieces were printed, for example the statue and dovin...and urza of course...that guy seriously damaged the impact of global +1 taxing because of how fast he can go from low to shittons of mana.

I've tried out a lot of cards in my flex slots and went from steal effects to more mass removal, back and forth. got killed by gilded drakes and urza constructs on the way...at the moment I have Planar Collapse instead of all the steal effects and it seems to be quite nice to have.

If you have any experiences with new cards in a stax build of GAAIV let me hear what you think of them!

I was trying to remember this card name Planar Collapse , so I googled "middle thinger card mtg" and I got here. I dont know if it will be useful for your deck, but the card matches the title perfectly.

Very interesting build. I might give this Gerrard idea a try myself.