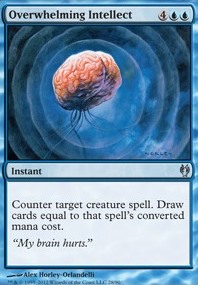 Verazol, the Split Current
by VinZ07 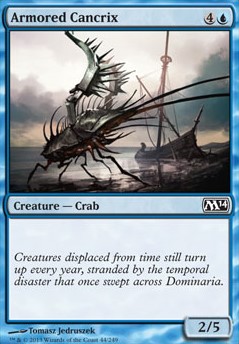 How is this site not structured the same way? Although the hubs are not separated in any way (colors, archetypes, etc.), these "themes" are there.

There are 5 cards that realistically do something when you cycle a card. All of them have the text "when you cycle or discard a card". Thus, just use the discard hub.

Bounce theme has nothing to do with bounce - Yuriko, Niv-Mizzet and Golos are the top bounce commanders. The cards are generic enters-the-battlefield cards. So, a more correct hub would be "Enters the Battlefield", but that is so generic it means next to nothing. Perhaps "Flicker" or "Blink" would be most appropriate, but certainly not "Bounce".

Card Draw is equally generic. If your deck has a few cantrip cards, is it a Card Draw deck? Or if your deck features 4 Overwhelming Intellect, is it a Card Draw deck? If an EDH deck of yours uses card draw, it is likely either a group hug deck or a group slug deck. Maybe with Thassa's Oracle and Jace, Wielder of Mysteries, a new deck hub could be made to reflect decking yourself as a win condition.

Other sites may have generic, nonsensical categories. However, hubs tend to be more evocative of the archetypes they represent. Eg. Cruel Control is a control deck featuring Cruel Ultimatum.

TLDR: You have to be able to clearly define a new hub and how it differs from existing ones.

A plague of Locusts

I had the same problem in my first deck which was a landfall deck. I had a lot of big creatures but most of mine were 6 drops just like my commander. Therefore im missed the mana to do more than just 1 thing in each turn.

What I'm missing in your deck are rampcards. You have ramp in the form of Signets and a few cards such as Rampant Growth and Kodama's Reach but its too little for what your have on creatures and you have green in your commander and that's the best color to fix your manabase.

I have some suggestions for your deck but keep im not great at building decks myself so some others might find better cards for your but im trying to help you. So here are some cards I would suggest, don't add all of them but just to give you an idea of what is possible:

To search for Basic lands/lands:

For creatures I don't really see a trend in what your idea is with. Maybe if you could explain that, I can help you with it. What I am seeing is that you have a few big ones but you need to wait so they can do something. A few nice creatures which are always nice:

-Avenger of Zendikar Good with your beastmaster ascension

-Myriad Landscape for some extra basics

Cards I would remove or change for something better since it does too little in EDH or your deck:

-Vandalize for Vandalblast Land destruction is not really needed in EDH and this lets your destroy 1 artifact for 1 red and overload it to destroy all artifacts for the same manacost. Even your own artifacts are safe with this one since its "you don't control"

-Lava Spike Change this for a ramp card, it does too little in your deck

-Electrolyze for Blasphemous Act if you want to kill some creatures/board wipe, this can potentially be only 1 red. If you don't want to do that then change it for a ramp card

-Dragon Tempest for Fervor Gives haste to all creatures you control. It misses the damage from dragons but makes up for it if you cast a non flying big creature.

-Overwhelming Intellect for Counterspell Does pretty much the same and is cheaper in manacost, though im not really sure if you need counterspells in this deck

I hope this helps you a little bit, Goodluck with your deck :)

Overall, your deck seems like it's got a bit of an identity crisis. On one hand, it wants to play loads of big, splashy angels, but on the other, it wants to be a classic UW draw-go control sort of build. If you want to go the angel tribal route, I would switch the commander to something that gets you access to green, like Jenara, Asura of War or Sigarda, Host of Herons in order to get some much needed ramp (more on that later). If you want a more controlling build, I would stick with GAAIV but cut most of the angels. Control builds in EDH tend to win via infinite combo (in the case of "traditional" control, like your deck) or via locking everyone else out of the game with cards like Smokestack and Winter Orb.

Also, you're in sore need of some card draw. Without it, you're going to be stuck in the late-game waiting to topdeck something useful while your opponents are winning the game. Rhystic Study and it's cousin, Mystic Remora are staple cards for blue decks. Adding some extra cantrips, like Brainstorm, Anticipate, and Preordain will help you stack your draws and get the best of your cards. Some other good card draw options are Recurring Insight, Jace, the Mind Sculptor, Fact or Fiction, Foresee, Blue Sun's Zenith, and Consecrated Sphinx.

I mentioned ramp earlier, which your deck DEFINITELY needs more of. Angels are expensive, and they won't do you much good when you don't have the mana to cast them. First of all, I recommend running at least 36 lands, and maybe picking up a few more dual lands, like Azorius Chancery and Glacial Fortress. Another important thing to consider is mana rocks. Azorius Signet is an autoinclude, Hedron Archive is great in slower decks, and Fellwar Stone, while more effective in 3 to 5 colors, is still a great rock, especially when you're playing against two or three other people who'll probably have the colors of mana you'll need. White also has some non-artifact ramp options, like Weathered Wayfarer and Land Tax, which often put in serious work. If you splash some green, you also get stuff like Cultivate/Kodama's Reach, Sakura-Tribe Elder, Burgeoning, and Exploration to help get your angels out as quick as possible.

You're also running low on tutor effects, which are essential in a format where you can only run 1 copy of a given card. Unfortunately, the best tutor effects (for your deck) are green and black, so you'll have to make do with cards like Enlightened Tutor, Muddle the Mixture, and Fabricate, although adding green (hint hint) gets you great cards like Eladamri's Call, Wargate, and Green Sun's Zenith.

Finally, I would cut out some of your worse counterspells (Absorb, Dispel, etc.) for some removal, hate cards, and better counterspells. Board wipes like Austere Command, Wrath of God, Supreme Verdict, and overloaded Cyclonic Rift are all extremely useful, hate cards like Rest in Peace, Dawn to Dusk, and Grafdigger's Cage hose powerful decks, and white, being the king of removal, has some awesome spells like Path to Exile, Condemn, and Oblivion Ring. For counterspells, I would consider Cryptic Command, Summary Dismissal, Overwhelming Intellect, and of course, Counterspell.