-2: Draw a card, then you may discard a card. When you discard a nonland card this way, Narset of the Ancient Way deals damage equal to that card's converted mana cost to target creature or planeswalker.

-6: You get an emblem with "Whenever you cast a noncreature spell, this emblem deals 2 damage to any target." 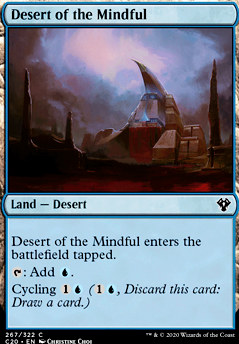 Its a shark
by xmoddeddinosx

Narset of the Ancient Way Discussion

@smilodex Lol, just saw you aren't running the resonator. Truth be told, that card is nuts with Narset EM. Love it.

On Narset of the Ancient Way: you don't wanna run it. I already expressed my doubts and took it to a Cockatrice game in my list, cutting Narset T. Needless to say, it didn't perform. Best not include her, but could be an interesting pick for a more casually oriented crowd, which is not this deck.

A friend of mine suggested Winds of Change. Being a worse draw effect, but perhaps a better handscrew effect by not pitching into the yard, where many strats see their interactions,was the suggestion. Not entirely sold on this, but nasty with Narset PoVeils. Thoughts? Maybe a pick for the budget list, as it clocks in relatively low.

Also sorry for the many messages. Feel like more discussion and activity might attract others to join in.

dude you just try to win with 1-2 attacks. why should I infect my deck with Narset of the Ancient Way? I would rather play Narset, Parter of Veils, Dack Fayden, Narset Transcendent or a card which I completely overlooked Strionic Resonator. Sry mate: http://tappedout.net/mtg-decks/the-way-of-a-jeskai-monk-budget-1/

@smilodex Maybe you're very right in that sense. I think UW Narset could just be better there. Even considering looking at Narset of the Ancient Way. Casting cost is a little scuffed, but she's making some good waves in constructed brewing. Could be worthwile to pitch several high costed spells in order to slow down/remove certain strategies, while also drawing. Might not be super great, but I feel it could have a role. I doubt it'll be a mainstay, but who knows.

The budget link is sadly not working. Could be on Tappedout's side?

Titus7007
Hey man, as for me, I tend to play thru a deck a season and move on to the next creation. I enjoyed this one and did realy well and now that Ikoria is out I cannot wait to revisit it! I will update and keep you posted! So far considering Narset of the Ancient Way and Whirlwind of Thought.