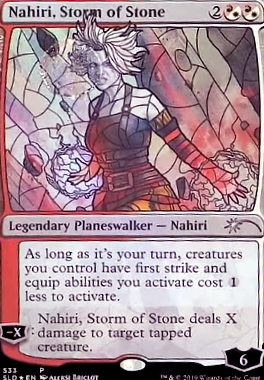 As long as it's your turn, creatures you control have first strike and equip abilities you activate cost less to activate. 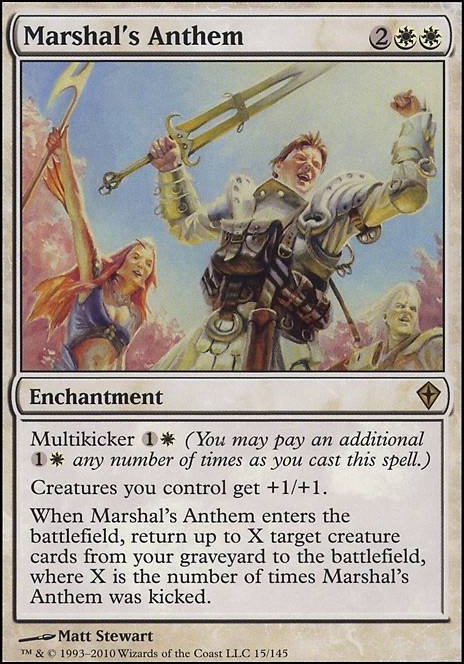 what do you all think of Nahiri, Storm of Stone ? Better than Elspeth Conquers Death in here?

Sorin_Markov_1947 on Samurais need a lord

(no, I don't mean Nahiri, Storm of Stone ), but the general consensus is that Ajani Vengeant is the best boros planeswalker to planeswalk the multiverse.

As for sig. spell, I like Boros Charm since it gives you versatility and aggro, which is kinda what samurai (and boros in general) likes.

Welcome in Magic! For the beginning, I would recommend to bring more consistency to your deck. Think about which creatures do you really need and how many you want of them. Against your sisters black-murder decks, I would advise to have a look on Gods Willing and Nahiri, Storm of Stone to answer her deathtouch. You could cut Benalish Cavalry , Nightguard Patrol , Quarry Colossus and Skyline Scout and reduce your deck total to 60 with around 22-24 lands.

Things that I still need to add

Things I need to cut