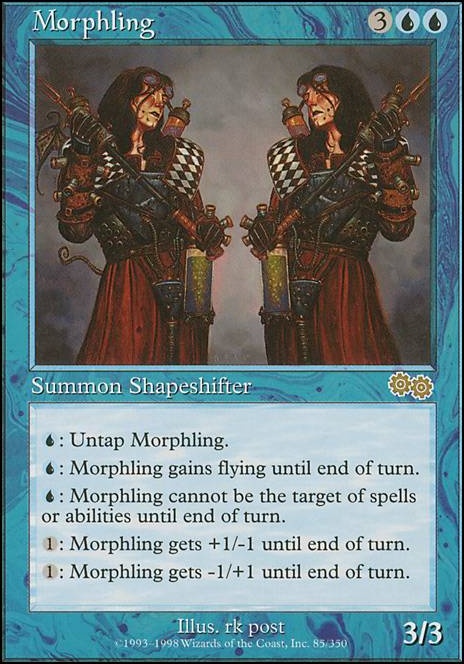 : Morphling gains shroud until end of turn. (It can't be the target of spells or abilities.) 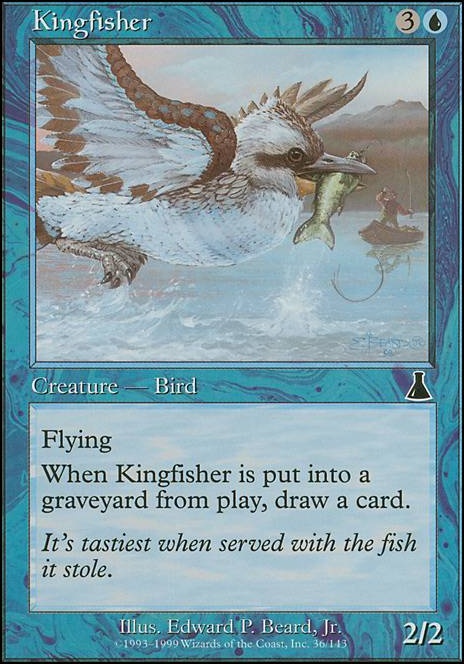 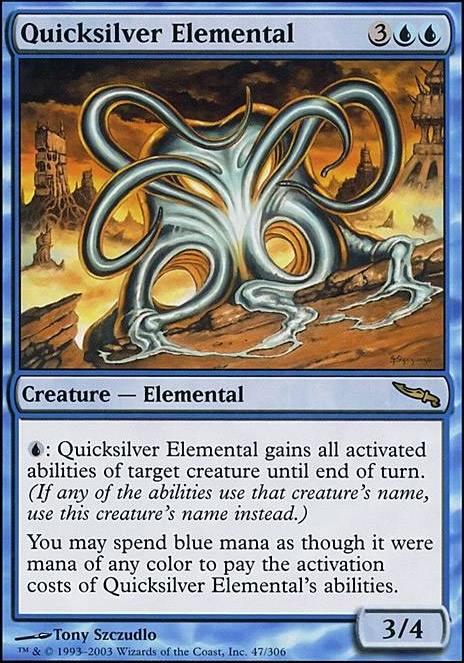 Wizkalifa Forgotten Ancient is a great card! I probably won't put it in this deck because I'm purely tunnel-visioning in on the infinite combos, but it would probably make the deck a lot better by giving some alternate ways to win!

Krazydude123 Hmm, haste trample from Shifting Ceratops is very tempting (similarly for Zegana, Utopian Speaker ), however usually I like my haste/unblockable enablers to have some way to protect Kraj as well. For example, Thornling can also give itself indestructible and Morphling can give itself shroud.

Gyre Engineer and Incubation Druid would be AMAZING in the deck though! I think in paper I actually have a gyre engineer in the deck, and I did NOT realize that Incubation Druid gave mana of any colour! That's amazing since it's so hard to find mana dorks that make blue. Definitely putting both of those in, thanks!

You don't need Quicksilver Elemental . Just tap for using Gilded Lotus , then pay to untap using Morphling . This nets you . One more of these is enough to pay for The Chain Veil 's cost.

However, be sure to have at least 3x of these little hop-scotch jumps under your belt for a total of 6x . Otherwise what will happen is you'll dump the into TCV and she will be tapped without any extra mana to untap her with using Morphling 's activated ability.

True you have your lands and other stones, but you want her to become self-sufficient. So if you activate the Morphling + Gilded Lotus combo 3x, you'll net extra after you activate The Chain Veil , allowing you to continue your game.

Let me know how right or wrong I am with this. I've been looking long and hard at The Chain Veil with Mairsil, the Pretender thinking there is a way to break it. If I'm way off I apologize.

We can use to untap any number of times to trigger The Chain Veil Effect. Each instance of the "once this turn" effect resets and we should be able to abuse whatever Planeswalkers as many times as we want.

My understanding of The Chain Veil combo is limited at best, and same can be said for my understanding of Mairsil, the Pretender . But give or take some of my own mix ups, I think there is a thing here somewhere.

DarkHero on Mairsil, The Pretender Things That â¦

Thanks for the suggestion moysturizer!

I've found that some cards have been underwhelming in this deck and i could probably replace them with Morphling .

For example, Eater of the Dead is a huge instant win with Phenax, but I didn't find winning with it that fun so I've been thinking I need to find something to replace it with. Are there any suggestions of how to unlock the potential of this card as I have two cards with 3 CMC such as Pemmin's Aura that will do this but better being that they can enchant a bigger creature like Consuming Aberration ?

where the Morphling at? pump his toughness with non-blue, then tap/untap with blue.

Cheers! I've considered Morphling but went with AEtherling since it has the exile effect instead of shroud -- Totally up in the air which'll end up being used though.

Cool deck, I like the shapeshifter package, very flavorful!

No Morphling though? Gotta have the original!