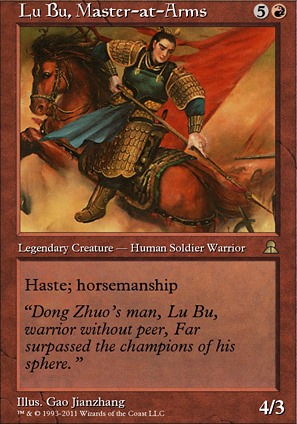 Haste; horsemanship (This creature can't be blocked except by creatures with horsemanship.) 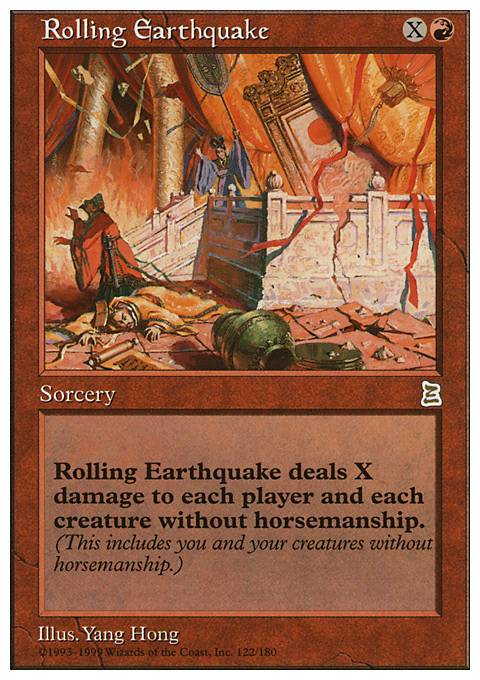 Lovisa and the Humans
by Slowplayer1 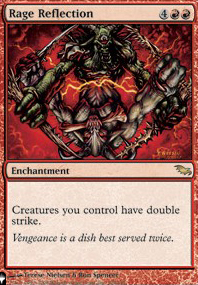 Mandate of Heaven
by arthurhowls 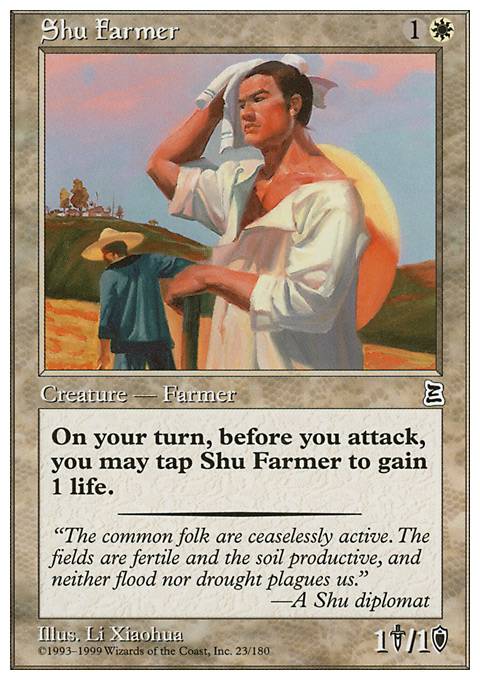 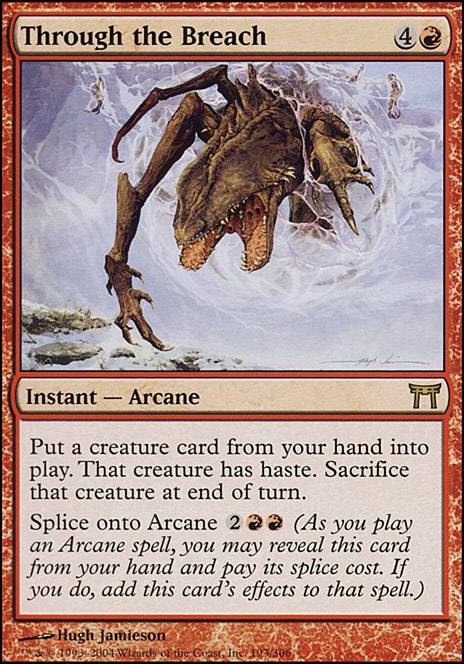 Edgar Markov Isn't even that powerful. I've seen him played several times and never once saw him win even in a casual enviroment. He gets rocked hard by several decks of my own, most of which are tier 3 or lower, Lu Bu, Master-at-Arms, Omnath, Locus of Mana, Avacyn, Guardian Angel. Free vampires and haste is great and all, but fairly easy to get around.

I'd like to make a case for Lu Bu, Master-at-Arms, Dispite being fairly expensive, red has some decently cheap pump spells to synergize with his haste and effective unblockableness.

he's no powerhouse by any means, but i think he should be tier 4, he's not complete trash.

enpc I never at any time said Gwafa is a tier 1 or 2 build but putting him the same category with useless commanders like Huang Zhong, Shu General or Sidar Jabari or overcosted ones like Chorus of the Conclave or Lu Bu, Master-at-Arms is also not a good assessment. If you took the time to look up I said specifically that Gwafa should be Tier 4 maybe tier 3. I admit that he is conditional but he is good at what he does. There are a lot of reasons for this.

1) Maybe the best combination of control colors in magic. By being pillowfort, you buy time until you find your answer and grind into a game win. I cannot tell you how many times against competitive decks that I have done 10+ commander damage with Gwafa as we as slow down creature based strategies.

2) He is instant removal. Yes the opponent nets a card but it can shut down a win-con which is more important. Voltron strategies groan heavily when I flip Gwafa because they know they will have to work extra hard to get in.

3) Backed by removal and counters. YEs they net that extra card but after you bribe them, any good blue deck has a counter suite to handle what comes next. By buying time, you let a good control deck stabilize. If Gwafa didn't net a card, every U/W conrtol deck would be using him as a commander

Where is the horse in Hammer of Purphoros' art?