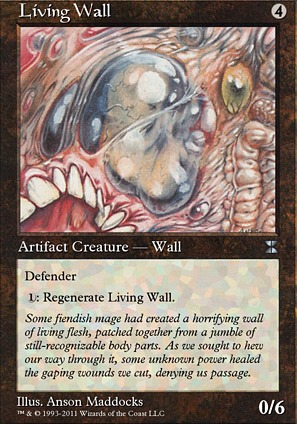 Arcades, the Strategist
by SlayerK113

Defense is the Best Offence! (Arcades EDH)
by Xaphize

Demonic Hordes , Living Wall , Season of the Witch , and Pestilence are some creepy cards that might help with your deck horror theme

I loved Living Wall . When you're new to magic and everyone you play with has weak cards, this guy could block anything. I didn't even understand what regenerate did, but he never died anyway. I loved him. I also liked the art.