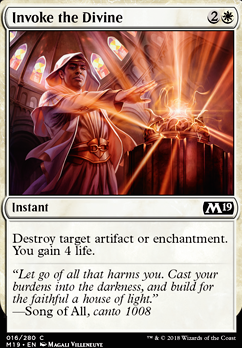 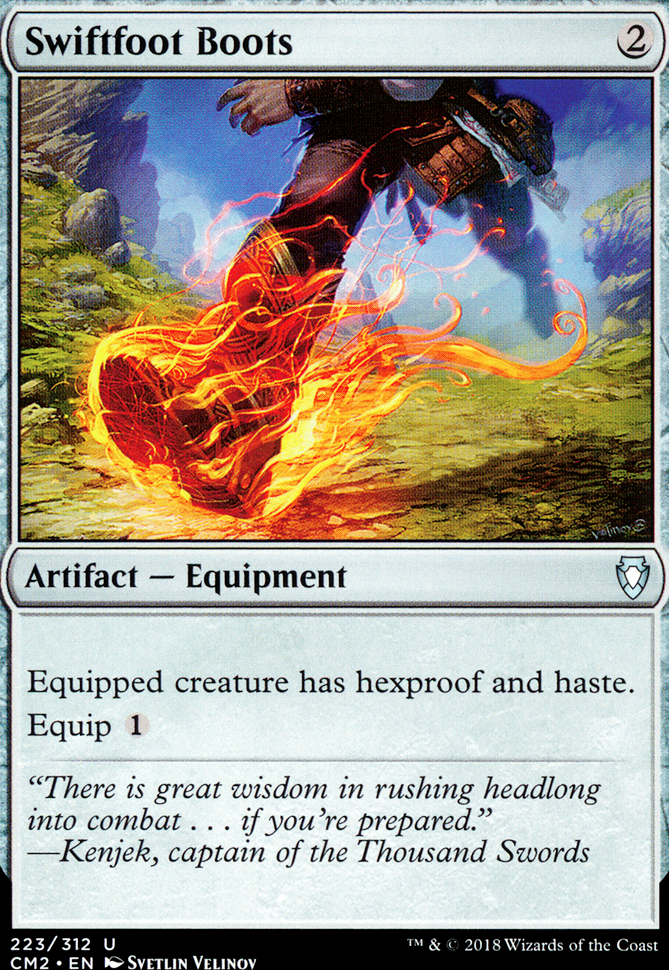 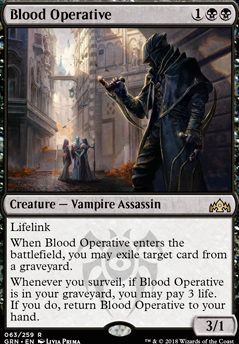 also, Invoke the Divine is a better removal spell than return to nature

Out: In Oketra's Name <->In: Gideon Blackblade

Out: Invoke the Divine <->In: Disenchant

I would also add Invoke the Divine to your sideboard instead of Disenchant because it seems to be adding to the life gain plan.

Aragon_Neotrix: Love the potential of Depose / Deploy ! I'll play around with it. The incremental life gain has played really well, but I like the versatility of that card.

Narset, Parter of Veils is not on this list, because I have struggled with mana fixing just a bit too much, and her ability hinders that. I replaced her with Kasmina, Enigmatic Mentor who has worked so much better. But you're right...maybe I'll replace Invoke the Divine or something in the SB for control decks.

Regarding River's Rebuke , creature removal isn't a problem, so that really would be added for walkers. However, I'm using The Elderspell in leiu of that, which works better. But then again, now that I'm writing this, it could be also good against enchantment and/or artifact heavy decks. However, to my knowledge (which isn't much about Standard meta), that isn't a big archetype. I'll just add it to the maybeboard haha

I love the idea! As far as your sideboard goes: 1. Hieromancer's Cage can be strictly upgraded with Ixalan's Binding 2. Risk Factor is a weird inclusion. I'd swap it out for some graveyard hate, like Sentinel Totem 3. It's worth throwing in a bit of enchantment/artifact hate. Expose to Daylight or Invoke the Divine work, depending on which is important to you, or even Demystify if you want cheaper and laser-focused on enchantments.