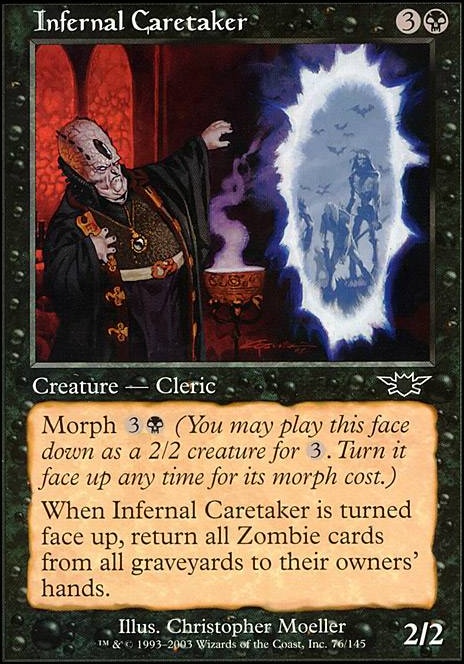 When Infernal Caretaker is turned face up, return all Zombie cards from all graveyards to their owners' hands. 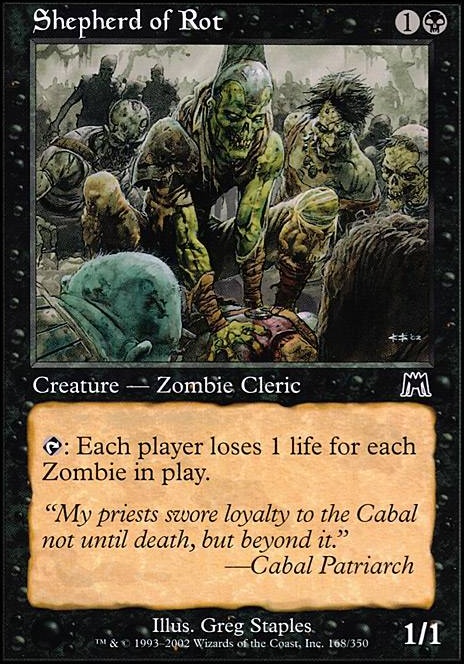 Hail the Apocalypse
by DBras 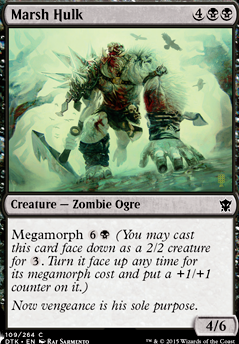 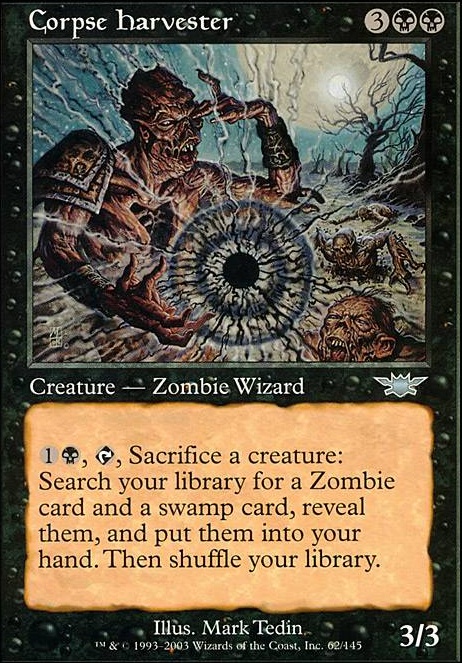 Not entirely sure how to upgrade this deck: Mono Black Pauper Zombies

I am thinking of mostly changing the sideboard by removing the 2x Cuombajj Witches with 2x Tortured Existence and replacing the Sylvok Lifestaff with a Infernal Caretaker.

Not sure what else to replace, maybe the Sign in Blood with 1x Cemetery Recruitment and 1x Gnawing Zombie, maybe put in some Tattered Mummy in somewhere

Each of these that were at 1 in the main board are all cards id consider sideboarding out depending on the situation Duress, Tortured Existence, Choking Sands... etc

What are your thoughts on this? Are their cards that would be good in this that I havent considered?

Please send me any suggestions as this is my oldest pauper deck i own and probably the weakest one i own.

It's funny, but my most recent deck, a mono-red aggro concoction, Intimidator, tends to swing for 20 damage, so 8 doesn't sound like a lot in comparison, but it is quite hefty. Anyway onto your comments...

As far as MBC goes, I'm too old school to use a net deck. I hate to say this, but I played Magic before web pages existed (hard to imagine, but true) and I find most of the fun to be in creative deck building. I have to put my stamp on a deck to play it. And what I find interesting is that it seems most current Magic players are afraid to bend a netdeck to their play style. Not every player plays the same deck the same way, so you absolutely have to bend a deck a bit to make it work for you. There are some 8000 legal cards in the Pauper format and if anyone thinks that the current top decks are the best possible decks you could ever make, they're out of their mind.

The current Pauper meta-game is so creature dependent that when I suggested Kaervek's Torch in a deck someone needed help with that was drawing out a game, laying out tons of mana but had trouble winning, the entire game store I play in looked at me in dismay and wonder like I had just invented fire itself. Come on! This is Magic 101. At any rate, I digress...

In Pauper you're really unlikely to kill me with spells so if I kill all your creatures you can't win, right? So, my latest mono-black attempt was a creature-less deck filled with all sorts of creature removal. Unmake, Innocent Blood, Victim of Night, Chainer's Edict, Tendrils of Corruption and Evincar's Justice for defense and that killed with Drain Life and Consume Spirit. Simple eh?

Simple, but all it did was grind the game down until I was slowly killed by creatures that were challenging to deal with (Blastoderm), didn't die like they were supposed to (Young Wolf), or decks that just out-drew me. So I've given up that quest and am now looking to make the anti-thesis of that deck. A creature heavy monstrosity where creatures never really die. I want to cycle creatures in and out of the graveyard, regenerate them, use their effects, gain card advantage and win somehow. All TBD at this point. So right away I like some of the cards and concepts here and am trying to figure if I can use that or at the least help you get to where you want to go.

For Zombie Driver (Death's about sacrifice), I would suggest adding one or two Infernal Caretaker. I wouldn't go overboard with it, but if you can activate the Caretaker mid-to-late-game, you've won. Hell, even a Cadaver Imp, Dutiful Attendant or Gravedigger might be useful.

Here are some other options I found...

Most of these are fairly cheap and will do the job. Some of them can even turn Iona into overpriced sac fodder for you.