When Hazezon Tamar enters the battlefield, put X 1/1 Sand Warrior creature tokens that are red, green, and white onto the battlefield at the beginning of your next upkeep, where X is the number of lands you control at that time.

When Hazezon leaves the battlefield, exile all Sand Warriors.

Hazezon's Army of Sand
by Atavistic 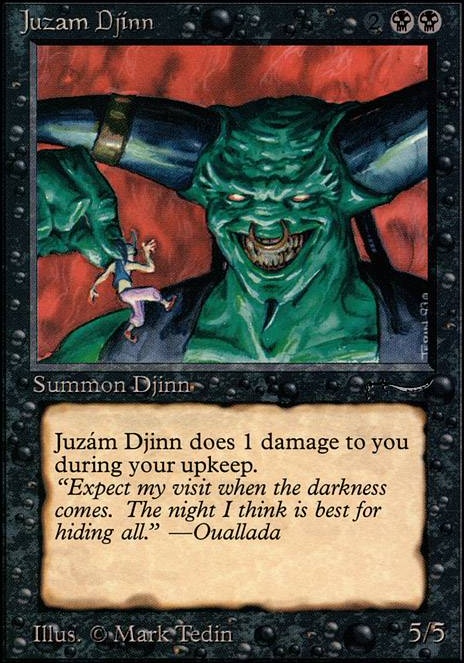 I feel like a Conjurer's Closet would be a good card in this deck, you could sac a bunch of your tokens to an Ashnod's Altar or Phyrexian Altar and then simply flicker Hazezon Tamar at end step for a complete restock of tokens. Could also be used with Avenger of Zendikar and have a steady supply of plants.

Whenever enchanted plays a non-land card you gain control of it unless they pay 3 life.

"Everything you have is now ours and so are you. Brand him. - Karlov of the Ghost Council

I may get custom ones for a future build. Probably for Hazezon Tamar ^^

I am one of the people that has been wanting a new Baron Sengir and man its finally happening!

Jeska, Warrior Adept was a pet card of mine back in the day so im curious to see what her Planeswalker form will do and how she came to be that way.

Arcane Signet s for everyone! At least I'm assuming that will be included in almost all of these products. As with all the products that open up past present and future options for characters I am always excited to see who gets a new treatment. I would love if Commander Legends brought us new versions of a few cards from Legends like Sivitri Scarzam (black blue dragons!) or Hazezon Tamar (who I would love to run if he wasn't $$$).

And of course cards for characters that never got a chance like Belbe or Rat.