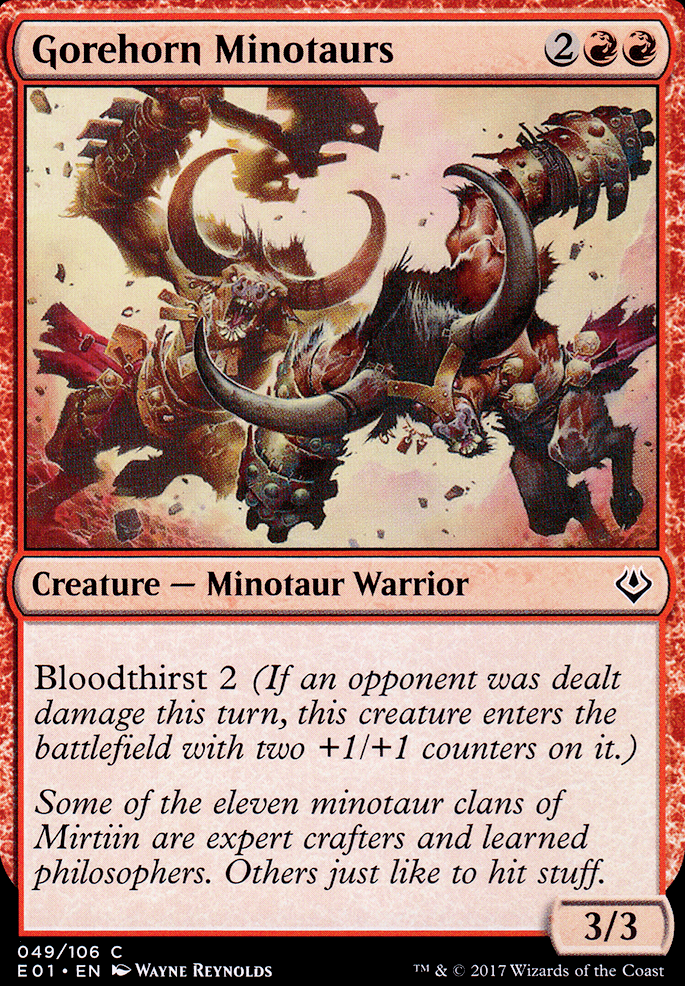 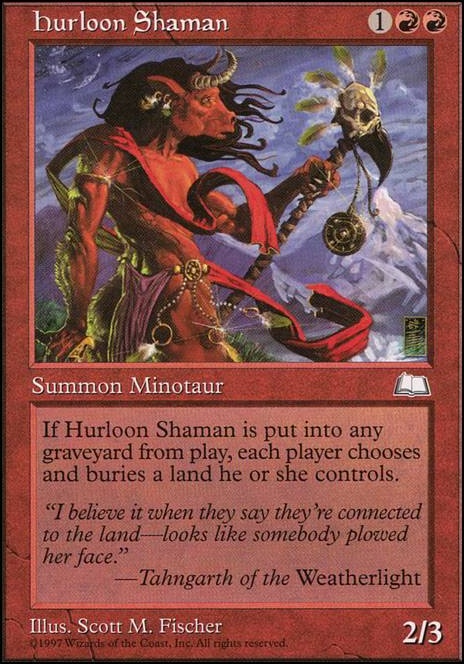 Alesha, Who Smiles at a Bad Deck
by dutchmargesta 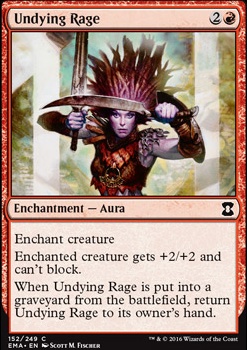 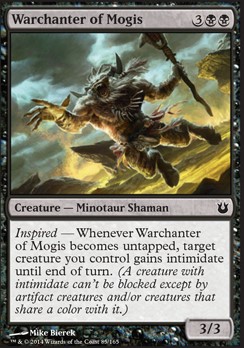 Running of the Bulls - Mogis EDH
by EmberNeo 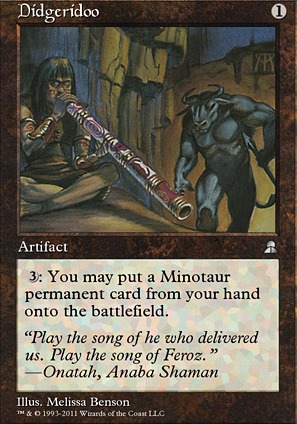 Gorehorn Minotaurs is not bad card. Otherwise it is mega!

Not a big fan of the gamble you make with Rally the Horde. I run lots of cost reducing stuff as is and most of my stuff is cmc 3 so Brighthearth Banneret is iffy.

It's meant to be "fair". lol My main deck is Blinking Contest which is very "unfair". :P

Thanks for the suggestions and please +1 if you like! (:

Rally the Horde is more of a fun card but could definitely be absolutely explosive with your general...or well potentially just fall flat on its face, so more of a silly red thing that's thematic. Balthor the Stout Brighthearth Banneret go with the tribal element. Also from your maybeboard, Godo, Bandit Warlord. You're running swords, so value right there. Also this is what people call a "fair" deck. The unfair decks are going to be mean, but Stranglehold keeps them honest. Depends how cutthroat your playgroup is.

I put together a rough draft of what I might run.If you're interested, I have 1 Gorehorn Minotaurs, 2 Whip of Erebos, 2 Kragma Warcaller, 1 Gnarled Scarhide, and 1 Ragemonger I can send you. Probably at least one lightning bolt hanging around as well.