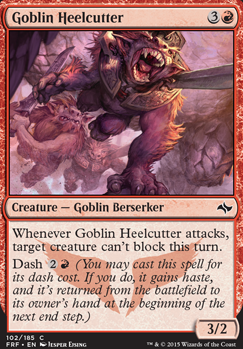 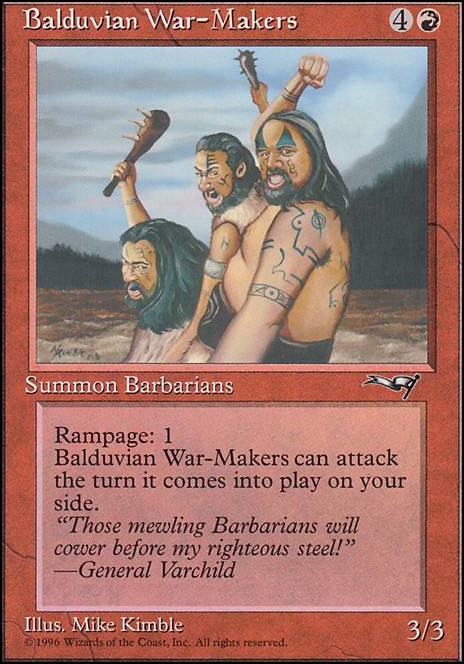 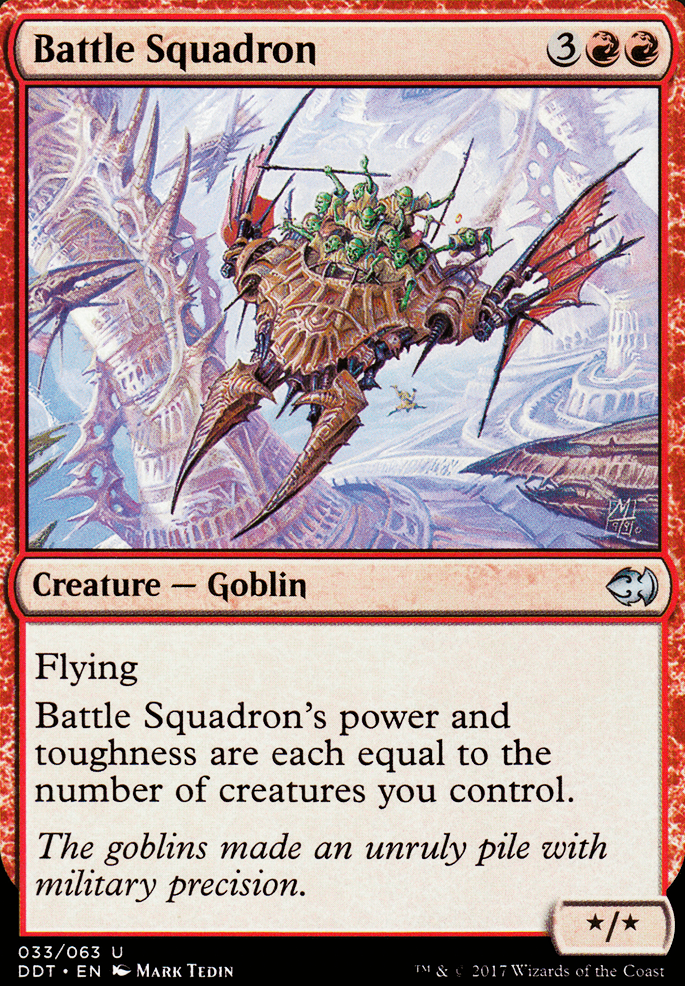 Dobby is free (2)
by Madsknielsen 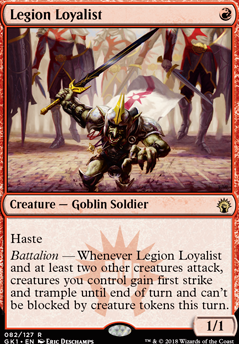 Dashing through the halls

Nice deck! Goblin Heelcutter and Kolaghan, the Storm's Fury can also be good

Goblin Heelcutter is a weaker card in many matches, but when it shines, it's fantastic. I haven't got any Goblin Chainwhirlers for the deck yet, so that's why it's left out and the reason I choose Mogg War Marshal over Burning-Tree Emissary is the synergy with Foundry Street Denizen, where the marshal gives an additional trigger the turn after it comes into play. It's also better against a sweeper if you pay the echo cost.

I really do like the changes of Krenko, Mob Boss to Goblin Heelcutter and the sideboard changes. The Fanatical Firebrand however is just fine. I personally like the Mogg Fanatic better because you do not need to tap it for the 1 damage, but the Firebrand is definitely playable. Besides that, Those changes should really boost the deck into a better position while the sideboard will be much much more efficient.

Goblin_Boy thanks for the feedback! How do you feel about these changes?

While this deck is sweet, You are better off playing with these changes. I've played goblins for a few years now, and Oath of the Gatewatch has solidified the list. This is what I would change:

The Krenko is way too slow for how you want to win: Bushwhacking. The strongest lists are called 8-Whack and while some have some have a few differences, they all do the same thing. Now piledriver is a really strong guy, but draws way too much hate. You would rather it be a mogg war marshal. Mogg War Marshal does so much for the deck! It is pretty decent against control because of its' back-up goblin when he leaves play. He also synergies well with piledriver, bushwhackers, Goblin Chieftain!!!, and denizen. So... everything. The fanatics are can really be a awkward sometimes, but that 1 damage is a sneaky way to finish the game. More importantly, though, it kills Birds of Paradise and Noble Hierarch. In the sideboard, you don't want shock. Whatever you want shock to do, fanatic does the job already. Skullcrack is great against life gain affects. You may run into a few pesky cards like Blessed Alliance and Collective Brutality. The Reality Hemorrhage is good against affinity and Kor Firewalker.

Here is an example decklist that is the most common shell for 8-whack: https://www.mtggoldfish.com/archetype/modern-goblins-49982#paper

Here is a really sweet version of the deck you may want to try for some fun games: https://www.mtggoldfish.com/archetype/modern-r-48563#paper

I could talk about Goblins all day, but this is just a quick recommendation for you. If you want, I can show you a really fun list I put together that plays Warren Instigator (It's janky but sweet).