Gearseeker Serpent costs less to cast for each artifact you control.

: Gearseeker Serpent can't be blocked this turn. Its collection is cast, yet each ship has a special place in its heart.

Slinn Voda and the World Destroyas BUDGET
by guiseppe111 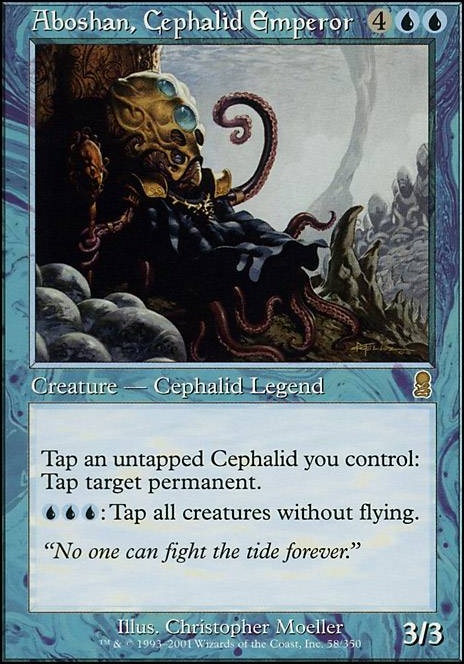 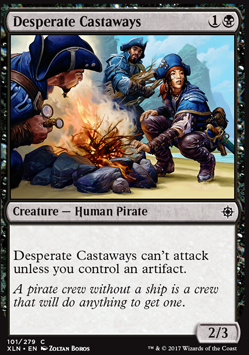 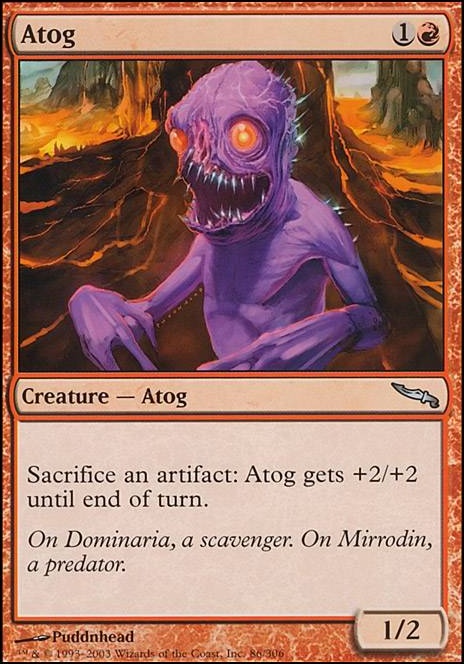 You seem to have cut all of the cards that make Affinity explosive to instead play do-nothing artifacts like Bone Saw, so that you can play soft counters. If the reason you're on a blue based build is because you want access to countermagic then just tweak the traditional Affinity's deck mana base to support Spell Pierce and Somber Hoverguard and go from there. You're also not playing Thoughtcast which is the best Affinity spell that blue has to offer.

Basically, you're playing all of the artifact enablers, but you cut all of your payoffs outside of Gearseeker Serpent. If you really want to be base blue then I recommend going Blue/Red over Blue/Black. Red gives Atog and Galvanic Blast which are really important for the deck. Just a sketch of the top of my head but maybe something like:

I'm not convinced that this is better than traditional Affinity, but it's probably where I would start. The burn spells/spellbomb give you removal spells that can offer reach so that you can actively affect the board state, the deck is still aggressive enough that the reach is relevant, and you can put your additional countermagic in the sideboard for when/if you need it. Being Blue/Red gives you access to Hydro/Pyroblast in the sideboard as well which are fantastic sideboard options. Relic acts as a powerful hate card in certain matchups and replaces itself in the matchups where it's dead. That gives you a control angle game 1 against graveyard decks. Maybe other people can give you some advice from here.